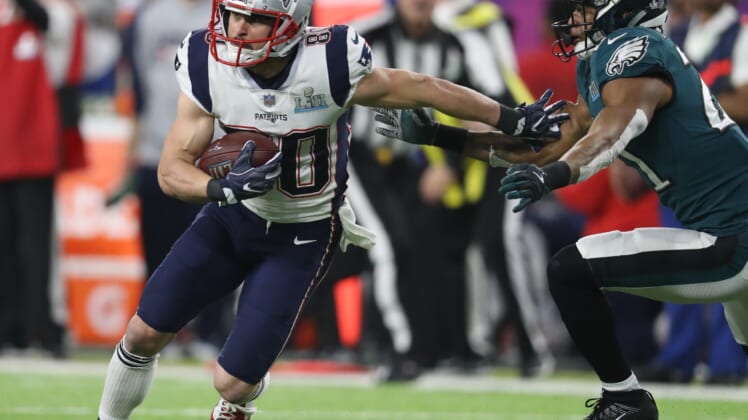 Amendola went all in when he threw Belichick and the rest of the Patriots’ coaching staff under the bus, while he praised his former quarterback.

“When you see the ‘Patriot Way’ in the dictionary, it’s gonna have Tom Brady’s name next to it,” Amendola said, according to TMZ Sports.

This was not the first time Amendola shaded Belichick. It was back in 2018 that Amendola told Barstool Sports that he compared Belichick to “an unlikeable high school principal.”

After spending five seasons (2013-17) working with GOAT himself and Belichick, Amendola surely has the right to his opinion. In this stretch, Amendola earned two Super Bowl rings in 2014 and 2016, working with one of the greatest quarterbacks in NFL history.

As for Brady, his career stats speak for themselves. He didn’t need to shadow behind Belichick to get to a Super Bowl after moving on from New England. He and the Tampa Bay Buccaneers are headed to the team’s second championship in franchise history. If the Bucs claim victory, Brady will have earned his seventh-career Super Bowl title.

Meanwhile, Belichick’s 2020 season ended in Week 17. This marks the first year since 2009 that the veteran coach did not get his team to the postseason. That’s definitely food for thought as the Patriots ponder their quarterback options in 2021. And, then we have Brady sharing his openness to play for the NFL beyond the age of 45.

We must wonder what his wife, Gisele, thinks about that? Either way, it appears that Amendola supports his former quarterback over Belichick in the debate about who made the most impact during the Patriots’ dynastic years.