As the Dallas Cowboys look to repeat as NFC East champions in 2022, they will officially be without talented veteran wide receiver Michael Gallup for at least the first week of the season.

Last season was a frustrating one for the 26-year-old. He was only able to suit up for nine games and he had his 2021 campaign end suddenly when he tore his ACL while catching a touchdown in the team’s 25-22 Week 17 loss to the Arizona Cardinals. Yet, despite a season that was far less productive than some of his previous ones, Gallup still racked up 445 yards receiving and two touchdowns.

Seeing the potential that is still there in the player they coached up after selecting him in the third round of the 2018 NFL draft, the Cowboys rewarded Michale Gallup with a 5-year deal worth $57.5 million in the offseason. After shipping No. 2 receiver Amari Cooper to the Cleveland Browns in the spring, Gallup was lined up to the Robin to CeeDee Lamb’s Batman in 2022.

However, it looks like the recovery process following surgery in February has been slow, and Gallup is not on track to play in the team’s season opener on Sept. 11 against Tom Brady and the Tampa Bay Buccaneers.

On Thursday, Gallup was quoted as saying to the media that “It’s not a reasonable possibility” he will be ready for Week 1 of the Dallas Cowboys schedule.

The four-year veteran is currently on the team’s active/PUP list as he continues to rehab from surgery. While the team was reportedly optimistic he could be ready to start opposite Lamb in September, that is now out of the question. 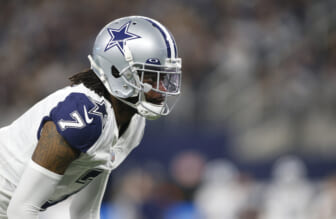 Aug. 30 at 4:00 PM ET will be an important day and time to watch for Cowboys fans. That is when the team must cut down to 53 men on the roster. If Gallup remains on the PUP list after that time, he will automatically be inactive for the first four weeks of the season.