Mike McCarthy to return as Dallas Cowboys head coach in 2022 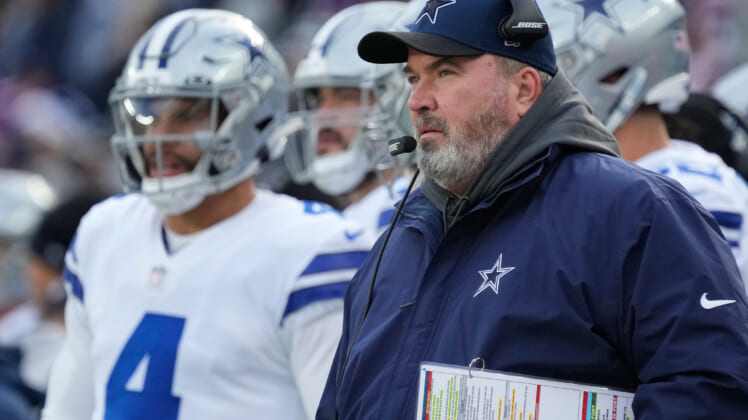 Despite the Dallas Cowboys coming off another ugly playoff loss, extending their stretch of postseason woes to 25 years, head coach Mike McCarthy will return for the 2022 season.

Many questioned McCarthy’s future in Dallas after a poor coaching performance in a Wild Card loss to the San Francisco 49ers. Criticized in-game management, poor execution and a lack of discipline proved to be the pivotal factors that cost the Cowboys on Sunday.

In his post-game meeting with reporters, owner Jerry Jones called it one of the most disappointing losses since he bought the Cowboys. But he also stood behind McCarthy, suggesting a coaching change wasn’t under consideration.

Dallas Cowboys owner Jerry Jones on the possibility of firing McCarthy, via NFL.com

If any fans were hoping that the Cowboys would have a change of heart the next morning, it didn’t happen. 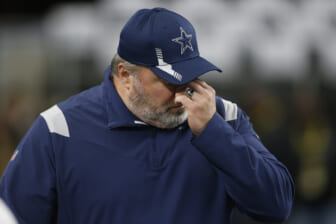 Dallas Cowboys EVP Stephen Jones on Mike McCarthy returning in 2022, via 105.3 The Fan

While McCarthy’s job is secured, he now faces some difficult decisions amid mounting pressure from fans who wanted him gone. He’ll likely need to find a new defensive play-caller and must avoid the hiring mistakes he made in 2020, naming a close friend, Mike Nolan, as his defensive coordinator.

If Moore leaves, Dallas will also be seeking a new offensive play-caller. Coveted by multiple teams, Moore has a close relationship with quarterback Dak Prescott. Among the internal candidates who could replace Moore are offensive line coach Joe Philbin and quarterbacks coach Doug Nussmeier, but an external hire might be a better alternative.