Fights with Conor McGregor or Jorge Masvidal should be next, says Justin Gaethje’s manager

The manager for UFC star Justin Gaethje feels matchups with box office greats Conor McGregor, Jorge Masvidal, or Nate Diaz should be next for his client.

Gaethje is at a unique place in his career. The 33-year-old is a couple of weeks removed from falling short in his second opportunity to become the UFC lightweight champion. This time defeat came against Charles Oliveira at UFC 274. While still a highly ranked 155-pound fighter, the division is filled with contenders, and “The Highlight” will need to win several fights before he can land a possible third shot at UFC gold.

Even though he may be on the outside of the contender conversation for the first time in a few years, his name recognition in the sport is as strong as ever. Especially after being part of the 2021 UFC fight of the year with Michael Chandler in November. Fans love Gaethje and know he is a competitor that delivers action and violence every single time he enters the Octagon.

Could Conor McGregor or Jorge Masvidal be next for Justin Gaethje?

That is why his Dominance MMA manager Ali Abdelaziz wants to see his client in the cage with some of the biggest names in the sport for his next fight. Running down a list of possible foes during a recent conversation with ESPN MMA insider Brett Okamoto.

The question is, could those bookings actually happen? McGregor and Diaz are notoriously difficult to book and have been for years. Diaz is in the final fight of his UFC contract and has been very particular about his opponents recently. Even if he claims to be willing to fight anyone during his weekly Twitter tirades.

Related: Conor McGregor next fight: Who will win the ‘Notorious’ lottery?

McGregor is the lottery every fighter hopes to win. The Irishman has made it clear he prefers to be a welterweight now. Competing at 170-pounds probably would not be an issue for Gaetheje, which makes the booking somewhat possible.

The most likely of the four names suggested by Abdelaziz ire Poirier and Masvidal. Gaethje and “Diamond” has the fight of the year in 2018, and fans have been clamoring for a rematch ever since. With both coming off losses to Oliveira and out of title contention, and a rematch for pure entertainment’s sake makes sense. 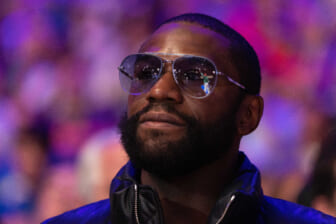 Masvidal is in the midst of a three-fight losing streak and should be transitioning to a time in his career at 39 where he should be looking for entertaining fights that can bank him the most money. Like McGregor, the bout would need to happen at welterweight but would be an easy sell as the second fight for his fictional “Baddest Motherf***er” title.