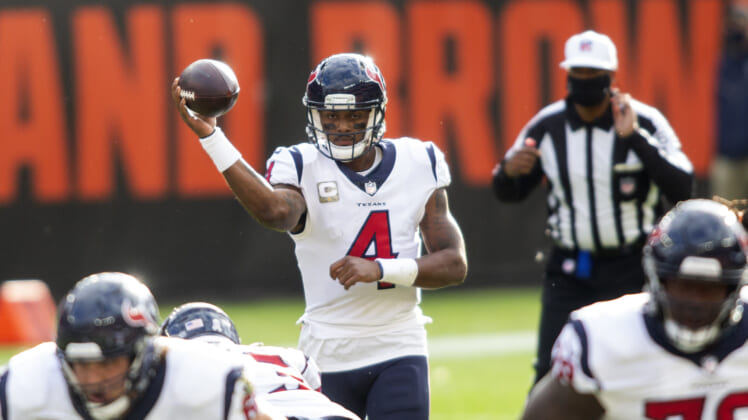 The Cleveland Browns are facing a precarious situation with Baker Mayfield and the future of their franchise. For the most part, they have the talent in place to make a legitimate Super Bowl run, yet this season’s 7-7 effort proved to be far from the case. Could Mayfield’s struggles, combined with a contract set to expire at the end of 2022 cause the team to make a play for Deshaun Watson?

That’s what Sports Illustrated’s Albert Breer speculated when speaking on 92.3 The Fan in Cleveland. Breer likens it to the Matthew Stafford trade of last offseason, which happened quickly and without much previous speculation leading up to the deal. Here is Breer’s full quote.

“I think if and when Watson becomes available — and I think we all assume the Texans will get him out on the market in the same sort of way the Lions got Stafford on the market pretty quickly last year — and, obviously, this is all pending the legal stuff, but I expect the Browns to be a player. I think the Browns are going to throw their hat in.”

Not seen as a potential suitor during the last round of trade talks near the deadline, it makes a lot of sense for the Browns to have interest in Watson. This of course hinges on whether Watson is cleared of all charges, which Breer also hinted at, likely needing ownership to sign off on any trade for Watson.

“Now, are they going to be willing to go the distance? I don’t know that, but I absolutely believe the Browns are going to be a player for Deshaun Watson if he becomes available. Again, a lot of this is going to come down to, what’s happening legally, getting signoff from ownership, of course — that’s an important piece of it. And then, how far you’re willing to go if you do get that signoff. But again, let’s call it an educated guess, I do think they’d throw their hat in the ring.”

At the end of the day, from a football perspective, it makes a lot more sense to commit to paying Watson long-term than it does right now committing to Mayfield with his inconsistency issues. If they have the chance to acquire Watson without mortgaging their future, why not? He’s undoubtedly better than Mayfield. 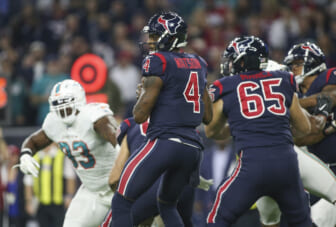