Here are three reasons why Billups is a perfect fit for the Blazers’ coaching gig.

Chauncey Billups has made his one year of coaching count

Even though Billups brings a lot of credibility as a past NBA Finals MVP and was viewed for years as a viable head coach candidate, there would’ve been more skepticism around his hire if he entered Portland with no prior coaching experience.

Blazers fans should be excited about the prospect of bringing Billups aboard, though, because he’s been a part of a Clippers staff that’s made a dizzying amount of successful adjustments during the 2021 NBA playoffs.

The talent that a coach inherits matters quite a lot in the NBA, yet when injuries strike or other unforeseen circumstances come about, it helps to have a brilliant tactician who can make changes on the fly that work. Tyronn Lue has done exactly that for the Clippers this postseason. 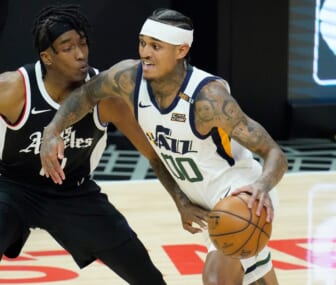 After trailing 2-0 in series against the Dallas Mavericks and Utah Jazz, Lue, Billups and the Los Angeles staff hatched genius plans to dig the Clips out of those holes. Even without Kawhi Leonard of late, they’re hanging tough in the Conference Finals.

It’s the first time LA has ever gone this deep in the playoffs, and the squad has overcome adversity to say the least. All that only bolsters Billups’ candidacy, strengthening the belief that he can get the job done on his own.

An instant connection with Damian Lillard

Superstar point guard Damian Lillard was sad to see his only NBA coach ever, Terry Stotts, be shown the door, but something had to change in Portland. Lillard publicly stated that he wanted either Jason Kidd or Billups to be his new coach.

Well, whether the Blazers brass listened to Dame or not, they wound up going with one of his two preferred options. Kidd got hired by the Dallas Mavericks, and he’s had multiple head coaching gigs before that didn’t work out.

Billups played Lillard’s position with raging success, and won a championship. Lillard desperately wants to deliver a title to Portland, and Billups knows what it takes to reach the NBA’s summit.

It helps to know that the Blazers’ coach and most important player will already have the groundwork for a strong relationship from the start. Whether that translates to success on the hardwood remains to be seen.

Even casual NBA fans know that the persistent problem in Portland has been defense. The Blazers ranked 29th out of 30 teams in defensive rating this past season. It’s the main reason they’ve bowed out of the playoffs in the first round four of the past five years.

When Billups won his championship with the Detroit Pistons, they were an outstanding defensive team. During those prime years, Billups earned two second-team all-NBA defensive team honors, so he was individually a big part of that team success.

The game has changed a lot since the mid-2000s, yet the culture Billups was a part of and the hard-nosed mentality he’ll want to establish In Portland aligns exactly with what this team needs. 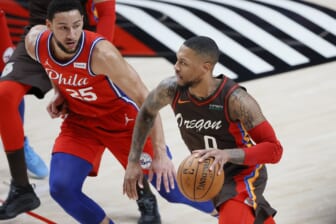 Whether that means imploring Lillard to do more on that end of the court, collaborating with the front office to make roster adjustments or working with what he has the best he can, Billups’ top priority should be improving the Blazers’ defense.

Even going from one of the NBA’s worst to a league-average defensive unit would do wonders for Portland. However, don’t expect Billups to settle for anything less than elite.

Given Billups’ background as a player, you can bet the Blazers will be proactive in surrounding their new coach with the ingredients to address their obvious, glaring shortcoming.