It looks like former Los Angeles Lakers head coach Frank Vogel may not be jobless for long after recently interviewing for the Charlotte Hornets opening.

On Thursday, Bleacher Report NBA writer Jake Fischer reported the news that after dismissing head coach James Borrego in April, the franchise has finished up its first round of interviews for the gig. And interestingly enough, the candidates that received in-person meetings included the coach that led the Lakers to a championship two years ago, Frank Vogel.

“Charlotte is winding down the first round of the Hornets’ head coaching search, according to league sources, having flown to meet several coaches in person as opposed to over Zoom. Frank Vogel, the former Lakers head coach, is among Charlotte’s list of interviewed candidates,” Fischer wrote on Twitter.

Vogel’s inclusion into the list of candidates is major news, and the first instance of his name being dropped into the contention conversation for the job. Earlier this month, the former and current coaches that were reported to be up for the Hornets’ job included Golden State Warriors assistant Kenny Atkinson, and former Suns and Knicks head coach Mike D’Antoni.

Vogel was removed from his job 11 days before Borrego was fired by Charlotte. The 2021-2022 Lakers were the biggest disappointment in the NBA this past season. The superstar trio of Lebron James, Anthony Davis, and Russell Westbrook were hampered by injuries, lack of chemistry, and a career-worst season from Westbrook. 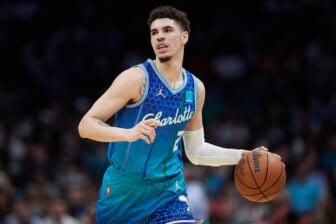