Brooklyn Nets can’t stop at firing Steve Nash, a Kyrie Irving trade needs to be next 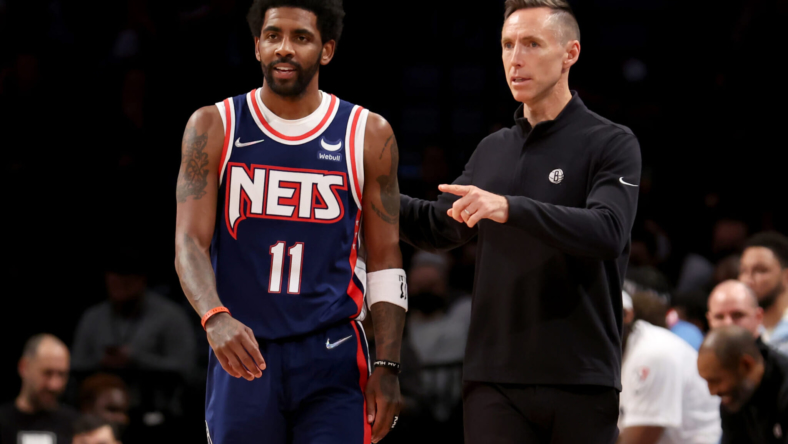 The Brooklyn Nets can’t stop at just firing head coach Steve Nash. The next domino to fall in their attempt to salvage this season should be to do all they can to make a Kyrie Irving trade happen as soon as possible.

On Tuesday, the Brooklyn Nets made the bold but not completely unexpected decision to dismiss Steve Nash from his role leading the coaching staff. The team is off to a disastrous 2-6 start, and the NBA Hall-of-Famer regressed in year three as he seemingly lost control of his locker room.

While general manager Sean Marks deserves much of the blame for putting this poor mix of talent together, there is still more than enough there to be much better than they have been thus far. Nash’s dismissal and suspended Celtics coach Ime Udoka filling the role are necessary — and desperate — moves to try and save this season. However, that won’t be enough if the organization hopes to truly max out on this current roster.

Related: Kevin Durant was right, Brooklyn Nets had to fire Steve Nash and they have

The Nets need to trade Kyrie Irving, and soon if they want to make Nash’s firing truly have the necessary impact. There are many reasons why the team is better off without Irving and could actually be a player in the Eastern Conference this season.

Let’s look at the biggest reasons for the Nets to trade Irving soon.

Outside of Kevin Durant and Irving — and maybe Ben Simmons if he can be fixed — this Nets roster is just not very good. Currently, Nic Claxton is starting at center and Royce O’Neale is the team’s two-guard. While the secondary players of a starting five filled with expensive all-stars aren’t expected to be great, Claxton and O’Neale are bench players at best.

However, that is the sad state of the depth chart in BK because Claxton and O’Neale are the best options since their bench is pretty horrible. Using Irving to trade for another superstar — as the Nets did last season when swapping James Harden for Simmons — is not necessary. The Nets can instead move the seven-time All-Star for several mid-level players that can make an impact and end up having a better team from top-to-bottom than they do now.

This group is not winning a title in 2022-2023, but they might have a better chance of surprising in the conference by acquiring a few players that are better fitted to go alongside Durant and Simmons. 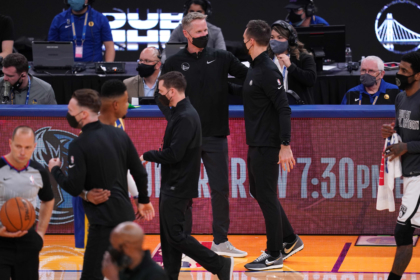 Without a doubt, Irving’s support of a film filled with antisemitic tropes has placed a dark cloud over him and only made a possible deal more difficult. Yet, even with that drama, Irving’s value is as good as it’s been in over a year.

With vaccine mandates done around much of the country, and Irving looking to land a big contract in the offseason, any team that trades for him is going to get an elite rental for a playoff run. Despite the headache that he is, several teams — including the Lakers — will view adding a player averaging 27 points as a game-changer worth dealing with in the short term.

Irving is not coming back to Brooklyn next season. The Nets need to strike while he is playing well and try to improve the team in whatever way they can, even if it means draft picks, instead of losing him for nothing in the summer.

As mentioned above, Irving’s controversial tweet is just the latest in a long history of drama for the gifted guard. Since day one, Irving has been a detriment to the Nets’ locker room and organization. He pushed out a talented coach in Kenny Atkinson, left his team hanging during the pandemic, and been unreliable on and off the court.

The Nets can’t wait until the offseason or the trade deadline to finally bring their relationship with him to an end. The Irving era in Brooklyn needs to end now, while the team can use him to improve their competitive level this season. On a very basic level, not having him and the questions surrounding him to deal with is an immediate plus mentally for every player on the roster.