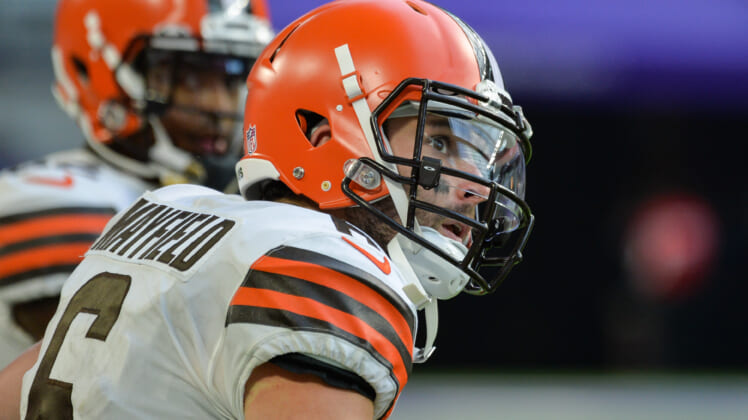 Even though working out their differences could be best for both sides, Baker Mayfield has no interest in the idea of playing for the Cleveland Browns in 2022.

The situation between the Browns and the man who’s been their starting quarterback for the last four seasons is a mess. While the NFL offseason began with rumblings that the team was not thrilled by the notion of a fifth season with Mayfield as their starter, there were never assurances they would look to find a new QB.

However, that all changed in March when the Browns surprisingly jumped into the Deshaun Watson sweepstakes, and despite some ups and downs, were able to land the three-time Pro Bowler via trade. Yet, as messy as the situation with Mayfield and Cleveland is, it pales in comparison to what is going on with the embattled former Houston Texans star.

Despite settling out of court with the majority of his 26 sexual assault accusers, Watson still has several pending cases hanging over his head, as well as the very real possibility that the NFL may decide to suspend him for all next season for breaking their conduct policies.

Baker Mayfield is ready to ‘move on’ from Cleveland Browns

With Watson’s future up in the air, it seemed that Mayfield staying in Cleveland this season might be beneficial for both sides. Especially since trading him has proved difficult. Furthermore, the Heisman Trophy winner might be better served to play out the final year on his contract in an offense he knows and a team expected to be competitive.

As opposed to trying to build his free-agent value during one season for rebuilding teams like the Carolina Panthers and Seattle Seahawks. The two organizations that are reportedly most interested in acquiring the Oklahoma University alum.

Well, don’t get your hopes up Cleveland fans. On Tuesday, during an appearance at a youth football camp in Norman, Oklahoma, Mayfield was asked about the possibility of staying in Cleveland for one more season. However, it seems he is ready for a fresh start and believes the organization feels the same way.

Mayfield was excused from the team’s mandatory minicamp last month. The most recent reports claim the Seahawks are aggressively pushing for a Baker Mayfield trade and seem to be closing in on finalizing a deal. 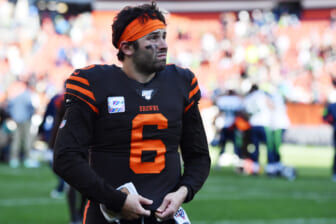