Breaking down Austin Meadows trade to the Detroit Tigers 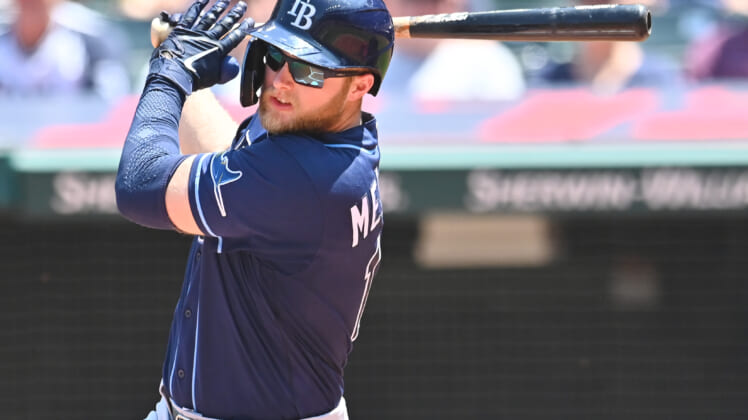 We knew it was a matter of time before the Tampa Bay Rays pulled off an Austin Meadows trade. We just didn’t know if it would happen before Opening Day.

It now has. The Detroit Tigers announced Monday evening that they have acquired Meadows from the Rays in exchange for inielder Isaac Paredes and a competitive balance pick in the 2022 MLB Draft this summer.

To say that this is a pretty big trade for the Tigers would be an understatement. It was earlier in the offseason that they added fellow struggle Javier Baez in free agency. It’s rather clear that general manager Al Avila is looking to contend in what promises to be an ultra-competitive American League Central this season.

As for the Rays, they just recently avoided arbitration with the 26-year-old Meadows — signing him to a one-year, $4 million contract. This was a cost-cutting move for Tampa Bay. Meadows has two more years of arbitration eligibility before hitting free agency following the 2024 season.

The No. 9 overall pick of the Pittsburgh Pirates back in 2013, Meadows was dealt to Tampa Bay with Tyler Glasnow and Shane Baz for Chris Archer back in July of 2018. It proved to be a lopsided trade with Meadows earning an All-Star appearance the following season.

As you can see, Meadows took a step back in terms of average a season ago. During his aforementioned All-Star appearance in 2019, the outfielder hit .291 with a .922 OPS while belting 33 homers and driving in 89 runs.

As for the Tampa Bay Rays, they bring in a former top prospect in this Austin Meadows trade. Still only 23, Isaac Paredes was Detroit’s No. 6 prospect ahead of the 2021 season. He’s since fallen off a cliff.

With that said, we’re talking about someone who can play three different infield positions. He’s also a career .272 hitter with 52 homers and 276 RBI in 499 minor league games.

Detroit figured it made sense to move off Paredes for someone who will make more of an immediate impact. He hit just .215 in 57 games with the Tigers over the past two seasons.