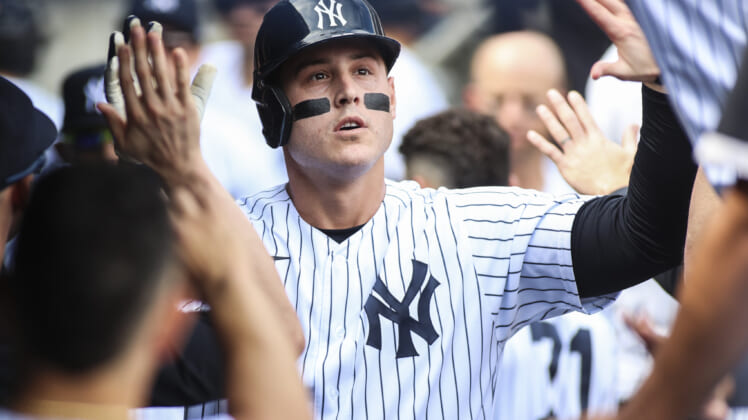 However, Rizzo opted to remain with the New York Yankees after the World Series contender acquired him from the Chicago Cubs in a mid-season trade last summer.

According to Jon Heyman of MLB Network, the deal is said to be worth $32 million over two seasons.

This move comes mere days after the Yankees acquired fellow All-Star infielder Josh Donaldson in a blockbuster trade with the Cleveland Indians. It also comes amid rumors that the Pinstripes could trade Luke Voit to clear up their infield logjam

It’s now clear that New York is no longer in the sweepstakes for 2020 NL MVP Freddie Freeman after his Atlanta Braves acquired Matt Olson to replace the free-agent slugger.

In addition to the Los Angeles Dodgers, it’s being noted that the Yankees’ AL East rivals in that of the Boston Red Sox are in on Freeman.

As for Anthony Rizzo returning to the Bronx, he’s certainly on the downswing of his career. Splitting time between the Yankees and Cubs last season, Rizzo hit .248 with 22 homers and 61 RBI while boasting a .783 OPS.

From a broader perspective, it has to be seen as a good thing that New York did not yield Kevin Alcantara and Alexander Vizcaino in a trade for Rizzo — only to see him as nothing more than a rental.

The hope here is that the 32-year-old four-time Gold Glove winner finds a way to return to earlier-career form. The Yanks also have to hope that Boston doesn’t add Freeman to the mix. Remember, the two AL East foes finished last season tied for second in the division at 92-70 behind the Tampa Bay Rays.