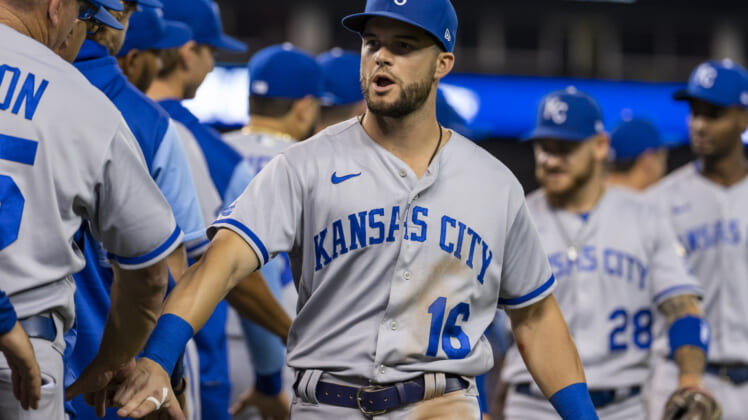 All-Star outfielder Andrew Benintendi and the Kansas City Royals are set to embark on a four-game series up north against the Toronto Blue Jays on Thursday.

Well, we thought that would be the case. Unfortunately for the last-place Royals, Benintendi will be among 10 Royals players unable to make the trip to Canada because they remain unvaccinated for the COVID-19 virus.

We’ve seen this pop up on a smaller scale thus far during the 2022 MLB season with players on other teams unable to head to Canada because of the country’s vaccine mandate. But this takes the cake.

“Ten Kansas City Royals players will not travel to the team’s series in Toronto this week because they have not received the COVID-19 vaccination, including four of their top hitters and their best two starting pitchers this season.”

According to Royals manager Mike Matheny, the following players will now be placed on the restricted list.

The presence of Merrifield, Benintendi and Taylor are especially interesting given that all three have been brought up in talks ahead of the Aug. 2 MLB trade deadline. Short of the trio changing their minds when it comes to the vaccine, we can pretty much eliminate American League East teams as potential suitors.

As for Benintendi, he’s been among the names talked about the most with the 28-year-old outfielder in the midst of his first ever All-Star campaign.

Taylor has also been mentioned as an option for the first-place New York Yankees ahead of the trade deadline.

The Kansas City Royals currently sit at 34-53 on the season and with the second-worst record in the American League. Being without 40% of their roster for a four-game set in Toronto ahead of the All-Star Break can’t be seen as a great thing.