The preseason is over and now the countdown to the New York Giants season opener against the Tennessee Titans can begin.

This is a pivotal season in the history of the Giants franchise as ownership and fans are hopeful the new regime of general manager Joe Schoen and head coach Brian Daboll can end the last decade of despair. They’ve made some nice additions to the personnel and coaching staff in the offseason, but they’re still a long way away from being a contender.

Last week we took a look at the reasons to be optimistic about Big Blue in 2022. Now, we’ll dive into the top four concerns surrounding the team heading into the season opener.

Injuries are already a major problem for Giants

Perhaps no team has been ravaged by injuries more than the Giants.  Rookies Marcus McKethan and Darrian Beavers have already been lost for the season, as well as receiver Collin Johnson. New York may have to start the season without their best two-edge rushers in Azeez Ojulari and Kayvon Thibodeaux.

A few days ago, Daboll stated that it’s unlikely that starting left guard Shane Lemieux will be able to return from his foot injury by Week 1, and on Monday Daboll said that he’s hopeful that receiver Kadarius Toney will be ready for the season opener.

Injuries are part of the game, but it’s hard to fathom the number of injuries Big Blue has suffered not only in training camp but over the last several seasons. For a team that was already thin at several positions, it doesn’t bode well that you may start the season without some of your best players.

Kenny Golladay has been a massive bust

When the Giants signed Kenny Golladay to a four-year $72 million dollar contract last offseason, the hope was he could be a reliable receiver that could come away with 50/50 balls the same way Plaxico Burress helped a young Eli Manning back in 2005. But as we all know, Golladay has been a colossal disappointment since coming to New York. The 6-foot-4, 213-pound receiver only managed to catch 37 passes for 521 yards and failed to score a touchdown in 2021. 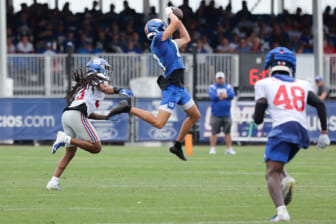 Also Read:
3 Things to watch for in the New York Giants preseason finale

Some believe that Golladay’s lack of production was due to his hip flexor injury that cut short his final season with the Detroit Lions in 2020. But throughout the summer he and quarterback Daniel Jones have been unable to get on the same page, and Golladay is having a hard time getting any separation from defenders.

It doesn’t seem New York is going to get the return they were hoping for in what they invested with Golladay unless something drastically changes.

After releasing James Bradberry, the biggest question for New York coming into this summer was how would the secondary fare without one of the league’s top corners. Needless to say, after three preseason games, the secondary and in particular the cornerback position is still a major concern.

For the most part, Adoree’ Jackson has held his own, but Aaron Robinson has struggled mightily as receivers have run past him. The Giants’ defense this season with be predicated on the corners playing man to man in coordinator Wink Martindale’s scheme. If Robinson continues to struggle, New York will have its hands full trying to slow down opposing teams’ passing games. 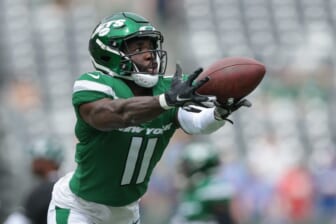 Not playing against first-team offenses or defenses in the preseason

We know that some teams avoid playing their starters in the preseason. Unfortunately, this was true for the Giants’ three preseason opponents, as the first-team offense and defense seldom lined up against a starter from the opposing team. The Giants did go against the Jets’ starters in the joint practice they had last week, but collaborative practices are done in a controlled environment and when you’re implementing a new offensive and defensive scheme, it would have been ideal for the Giants to go against first-string opposition.

Nothing prepares you for the speed of the game than playing the game itself, and if the Giants get off to a sluggish start or seem not ready for the physicality of the game this will be why.