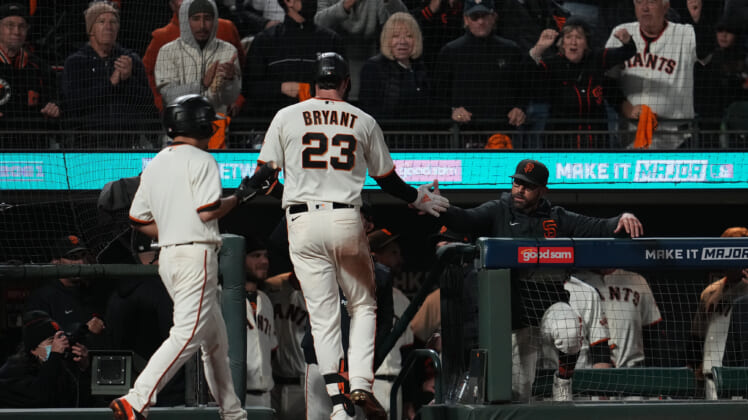 So far, the Seattle Mariners have had an impactful offseason. Their two substantial transactions are acquiring second baseman Adam Frazier from the San Diego Padres and signing 2021 American League Cy Young Award winner Robbie Ray to a five-year, $115 million deal. Frazier gives the Mariners a consistent contact hitter who fields his position well, while Ray presumably becomes their new ace.

Coming off a 90-win season, the Mariners have their sights set on making the playoffs in 2022, especially with the active and stiff competition in the AL West. With that in mind, there are more spots on Seattle’s roster that could use improvement.

Seattle had a reliable starting rotation last season, but it’s far from a guarantee that they repeat their success in 2022, as there are a handful of youngsters and precarious veterans present. While getting Ray is a game-changer, adding Martinez in a split role makes sense for the Mariners, too.

Once a force at the top of the St. Louis Cardinals’ starting rotation, Martinez has struggled mightily on the hill in each of the last two seasons. He found some success out of the bullpen in 2019, though, which is where the Mariners could primarily utilize the right-hander.

Martinez would essentially be a bridge to the backend of the bullpen, where the likes of Casey Sadler, Drew Steckenrider, Paul Sewald and Diego Castillo reside. That said, Martinez could also serve as a long reliever, as he’s fluent with pitching through an order twice.

Martinez can get in a groove with his consistent, four-pitch arsenal (four seamer, slider, cutter and sinker), serving as a veteran force in the bullpen. Meanwhile, if injuries hit manager Scott Servais’ rotation or the young arms don’t progress, Martinez can be inserted into the starting rotation. He’s accustomed to being both a starter and reliever. 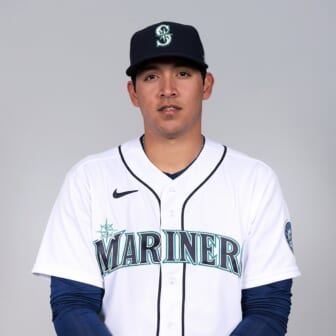 You have to be deep in the pitching game to stand a chance in the postseason; a team can never have enough steady arms on its pitching staff. Chafin would further an already reliable Seattle bullpen in that he’s one of the better left-handed relievers in the sport.

Chafin put together the best season of his MLB career in 2021, split between the Chicago Cubs and Oakland Athletics. The Mariners would be aiming to get a similar version of the 2021 Chafin and simply another stable arm in the bullpen. The southpaw frequently deploys his sinker while mixing in a four seamer and slider.

All in all, he’s adept at working out of jams and has recently kept a considerable amount of runners off the basepaths. Last season, the Mariners’ bullpen successfully eked out victories despite minimal run support. While they were able to work through an overwhelming amount of low-scoring affairs, it’s unrealistic to expect this unit to duplicate its astonishing performance in 2022.

Having depth across the board on the pitching front is pivotal for the Mariners. Chafin adds depth and helps balance out the team’s mix of right- and left-handed relievers. 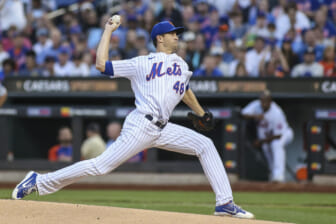 The Mariners were collectively one of the worst offensive teams in baseball last season. Acquiring Frazier helps them in that regard, but they need more. Bryant would be a perfect signing for their operation.

Likely the team’s everyday third baseman, Bryant would form a defensively sound Mariners’ infield alongside Frazier, J.P. Crawford and Ty France. At the plate, Bryant provides Seattle with an impact hitter who’s a considerable power threat from the right side with reasonable speed.

Bryant would hit near the top of the Mariners’ order, driving in the leadoff runner(s) ahead of him and creating opportunities for those behind him. The theoretical free agent signing and Frazier’s arrival make a lacking Mariners’ offense a plausible unit. Plus, there’s the upside for young outfielders Jarred Kelenic, Taylor Trammell and the returning Kyle Lewis to become more productive at the plate, which would further enhance the team’s offensive attack.

The Seattle Mariners are a team on the rise in a top-heavy AL. They offer Bryant the chance to play third while occasionally bouncing out to the outfield if/when Abraham Toro gets reps at the hot corner. Both parties benefit from the other’s commitment.