3 New York Yankees prospects primed to have a 2023 impact, including Anthony Volpe 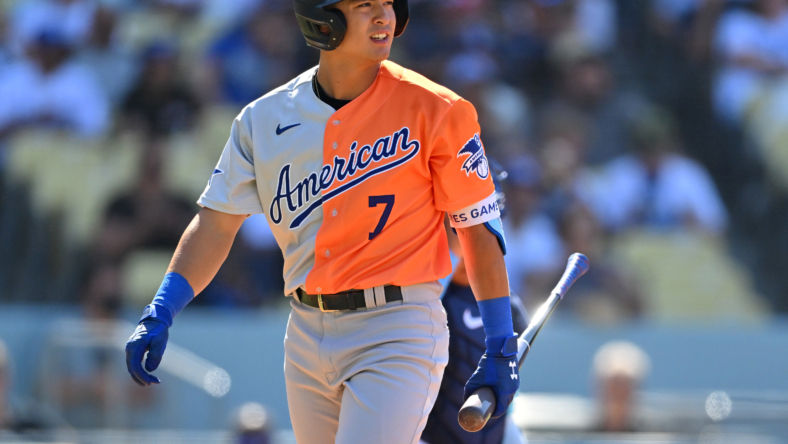 The objective for the New York Yankees heading into the offseason is to evaluate the club and compensate for the missing pieces. The front office will be quite busy this Winter and it’s possible that the roster will be entirely revamped.

One aspect that should have an impact on the Yankees in 2023 is the farm system, which has shown legit promise. Oswaldo Cabrera and Oswald Peraza have made their MLB debuts, and several others await their opportunity to shine.

The Yanks are ranked 14th according to Fangraphs’ Farm Rankings. New York hasn’t been particularly successful in regard to prospect development. Although, for the sake of the Yankees, it is quite difficult to map out the trajectory of a player’s career.

With that in mind, here are a few prospects that are on the cusp of the major leagues and could make an impact in the Bronx next season.

As per MLB Pipeline, Volpe is fifth in the Top 100. The 23-year-old has been highly touted since day one, and his game has only advanced. Back when he was the 30th pick in the 2019 Draft, Volpe transitioned smoothly into rookie league ball and took off from there.

Volpe is expected to make his debut at some point in 2023. The New Jersey native spent the bulk of 2022 with Double-A Somerset and was bumped to Triple-A Scranton for the remainder of the season. In the 89 at-bats with Scranton, Volpe slashed .236/.313/.404 with a .717 OPS and six swipes.

Volpe thrives in just about every aspect, however, his bat is the golden sombrero. He’s displayed some elite power which will translate into 30-homer seasons in the majors. The 21-year-old can produce hard contact consistently and developed a knack to drive the ball. In the field, Volpe can cover shortstop fairly well but is projected to be average at best.

Wells may not articulate the front cover prospect, although his game frankly speaks for itself. The catcher was the New York Yankees’ first-round pick just a year after Volpe but dropped to 82 on the Top 100 list.

New York’s current catching situation consists of gold glove winner Jose Trevino and backup Kyle Higashioka. Trevino won’t become a free agent until 2025 which gives Wells that window to transition to the big leagues. The 23-year-old wrapped up his season in Double-A and could make his debut as early as 2023.

The Las Vegas native is not the atypical right-handed catcher. Wells hits from the left side of the plate and is lauded as an offensive powerhouse. The raw power is a given, and Wells is simply a productive all-around hitter. Behind the plate, there isn’t too much promise considering his elbow issues which could move him to a first base/designated hitter split.

The New York Yankees received 24-year-old Clayton Beeter when they shipped Joey Gallo to the LA Dodgers at the trade deadline. Beeter immediately reported to Double-A Somerset following the trade and quickly got to work. Through 25.1 innings of work, the right-hander boasted a 2.13 ERA and held opponents to a .176 average.

The Texas native definitely has some concerns regarding his medical history, but it hasn’t seemed to impact his performance in pinstripes. The 24-year-old displays a three-pitch mix, comprising a four-seam with some rise topping at 98 mph. He incorporates two offspeed pitches, with a low-80s curveball and an occasional changeup with considerable fade. 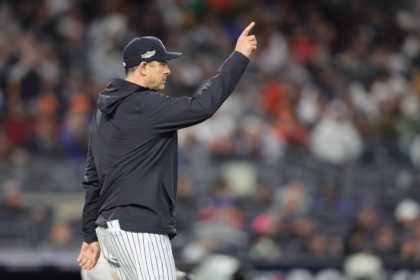 Also Read:
Why Aaron Boone is still on the hot seat despite optimism from New York Yankees owner

Beeter is considered a veteran in the majors at the age of 24 and his promotion is within shouting distance. He is ranked nine in the club’s Top 30 list and vies to work his way up the system.