23XI Racing gives big updates on its 2023 and 2024 plans in the NASCAR Cup Series. Plus, the President of 23XI Racing talks about Kyle Busch and Tyler Reddick. 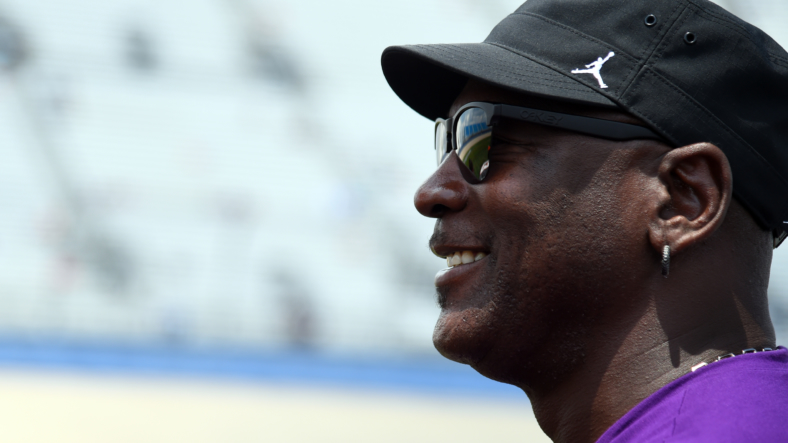 23XI Racing has been at the center of conversations lately with Kurt Busch’s injury and withdrawal from the playoffs, Tyler Reddick’s announcement with the organization, and the ongoing rumors surrounding Busch.

Let’s examine the latest updates on 23XI Racing’s plans for the 2023 and 2024 NASCAR Cup Series seasons.

23XI Racing intends to keep Kurt Busch in the No. 45 car

Kurt Busch’s status has been a big topic as he will miss the start of the playoffs after a concussion stemming from multiple wrecks over the season. Most notably, the wreck during qualifying from Pocono Raceway was the last time.

However, some people have been quick to speculate on whether Joe Gibbs Racing, 23XI Racing, or Toyota have been using this as a strategy to get the promising Ty Gibbs into a Cup Series seat.

“Nobody is trying to pull any strings that have anything to do with other than Kurt Busch getting better.”

It was very obvious from the start that it was not a conspiracy, but it is good to set the record straight and push that narrative back to where it started. Busch’s health is what’s most important to everyone within the organization.

Lauletta went deeper into Busch’s scenario after he was asked whether plans could change with the organization’s 2023 lineup.

“We don’t know that yet. We hope not. We certainly don’t want to see our plans change. Bubba is in for a multi-year extension and we have Kurt signed for next year and we have Tyler Reddick signed for 2024. Those are our current plans. I hope that is what’s going to happen. But, it all depends on Kurt and how he feels.”

It certainly sounds like 23XI Racing intends to keep Busch in the No. 45 car next season if he wants the seat. No decision has been made when it comes to Busch’s plans and that’s the only way there will be change. 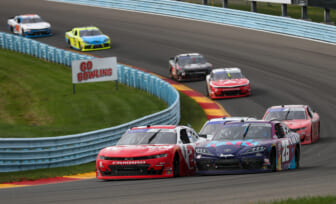 The idea of Tyler Reddick joining the organization early in place of Busch was brought up, but Lauletta quickly dismissed the idea that thoughts or conversations have taken place.

“Have not…I always like to say. I don’t live in the rumor mill, I live in the fact mill.”

There have been a lot of rumors flying around about 23XI Racing and another idea that has been squashed is whether the organization could expand to three cars for the 2023 season.

23XI Racing doesn’t plan on expanding for the 2023 season

However, that is almost certainly not the plan at this point in time for the organization.

“We plan on being a two car team, not a three car team. We don’t have a third charter. I don’t see any changes to that. So, we are not talking to anybody about anything different than that and what we know we’re doing already in 2024.”

Steve Lauletta on the idea of 23XI Racing expanding next year

If this is true, the idea of Kyle Busch joining 23XI Racing could take a big hit. Unless Kurt Busch retires, the lineup for the 2023 season is set in stone. It appears the organization is happy with its current setup.

The idea of Busch joining the organization was mentioned but there was not a direct denial, only a statement on how there are no plans for him in the camp. However, it sounds very unlikely right now.

“If we’re a two car team with the drivers we have now, there’s no plans to be a three car team for 2023. I hope we are beyond that. There’s not the opportunity and it’s also too late to do those kind of things.”

The most notable comment is that 23XI Racing hopes to be a three-car team beyond the 2023 season. It might be too late to have the opportunity next year, but there are clearly plans for the future.

Coming back around to Kyle Busch, it doesn’t sound like an organization that is ready to sign him with the expectation that Busch’s free agency saga could be coming to an end in the coming weeks.

It checks every single box for all of the parties involved, but that doesn’t appear to be something that’s publicly on the organization’s radar. If Kurt Busch retires in the next few weeks, then it could make sense.

No matter what happens with 23XI Racing’s future, it will always be a topic of conversation as the organization continues to grow into championship contenders.