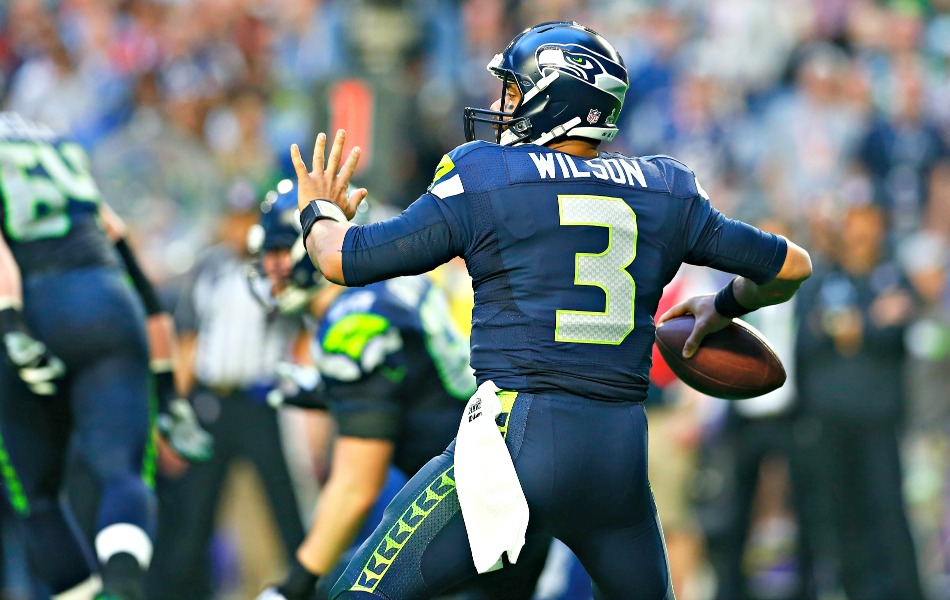 Part five of a nine-part series looking at the best NFL draft picks by round of the past decade brings us to the end of Day 2. The third round has been very kind to many teams since 2010, which is why three of the five-best third-round picks listed came from that draft or after.

It’s difficult to say whether any of these players have the Hall of Fame in their futures, mainly because four of the five have yet to turn 30—we simply don’t have enough on them to make that determination.

Despite so little experience for these players—just 29 combined years between the five, which includes a decade for one of the stars—they have four All-Pro selections and 17 Pro Bowls under their belts.

Listed below are a sack king, a Super Bowl-winning quarterback, two all-time leading rushers for their respective franchises and a tight end who was slightly surprised this offseason when he was shipped north by the team that drafted him.

Who came out on top should not be much of a surprise, though some may question the choice.

Charles has made the Pro Bowl four times and has been an All-Pro twice. He led the league with 12 rushing and 19 total touchdowns in 2013 while becoming the third player in NFL history to amass at least 250 rushes with 10 touchdowns and 70 receptions with five touchdowns, joining Marshall Faulk (who did it twice!) and former Minnesota Vikings great Chuck Foreman.

Charles has remained relatively healthy, playing in at least 15 games in six of his seven professional seasons. The only year he missed significant time, he spent the final 14 games of the 2011 season on injured reserve with a torn ACL.

It is debatable who the best tight end in the NFL is; usually included are Graham, Rob Gronkowski and, when someone is feeling saucy, Jason Witten.

When it comes to red-zone targets, Graham and Gronkowski stand apart. Since entering the league in 2010, no one has more targets in the red zone than Graham’s 101, and the former Miami Hurricanes basketball player is tied with Gronk for the most red-zone touchdowns over that time, each hauling in 41.

The Seattle Seahawks were gifted the dominant tight end they have lacked in the Pete Carroll era this offseason. In return, the Saints received Seattle’s first-round pick, No. 31 overall.

In four short years, Houston—a three-time Pro Bowler and 2014 All-Pro—has quickly become one of the most feared pass-rushers in the game. His 22 sacks a year ago fell just a half-sack shy of tying the NFL record, set by Hall of Fame defensive end Michael Strahan in 2001.

Houston and the Chiefs have yet to work out a long-term deal. In the meantime, the linebacker is set to make $13.2 million under the franchise tag. He is worth every penny, but general manager John Dorsey must get Houston to agree to a contract that will keep him in town for many years, therefore lowering his 2015 cap hit—his franchise cannot afford another roster move, including signing the 2015 draft class, until that happens.

Not only is Houston a fierce pass-rusher, but he also excels at stopping the run and is one of the most disciplined defensive players in the game. He was the only 3-4 outside linebacker in the league last season to play at least 800 snaps and not get called for a single penalty.

It will be really weird seeing Gore in a different uniform in 2015. For a decade, San Francisco’s all-time leading rusher donned scarlet and gold. He is one of 11 running backs in league history with at least eight, 1,000-yard seasons.

Eight of those backs have been enshrined in Canton; Gore, LaDainian Tomlinson and Steven Jackson are not yet eligible, but all three have a good chance to one day make it themselves.

For most of his career, the offense in San Francisco ran through Gore. Ten different quarterbacks started at least one game for the 49ers in Gore’s tenure, including the likes of J.T. O’Sullivan, Troy Smith, Tim Rattay, Ken Dorsey, Cody Pickett, Chris Weinke and the awful-in-every-way Trent Dilfer.

Regardless of who took the snaps from under center, Gore churned out the yards. Since 2005, his 30 are the third-most games of at least 20 carries while averaging greater than 4.0 yards per carry.

The Indianapolis Colts have been missing a solid run game to accompany Andrew Luck’s top-notch passing attack. And though Gore’s best years may be behind him, he proved last season he still has some tread left on the tires.

This really isn’t up for debate, though it should generate plenty: Wilson is the best third-round pick of the past decade.

What he has done in three years is impressive for any quarterback, let alone for a too-short third-round pick who entered his rookie season as the third-string guy with little chance of winning the starting job.

It didn’t take long for Pete Carroll to see what the young man could bring to his offense. After he won the starting spot outright as a rookie, he showed the rest of the league what he could do, tying Peyton Manning’s rookie record of 26 passing touchdowns en route to leading the Seahawks to the playoffs with an 11-5 record.

Wilson has outperformed Luck in just about every way imaginable since the two came into the league in 2012—in case you live under a rock and this is the first you have heard, Luck was the No. 1 overall pick that year.

He took a team that went 23-41 in the four years prior to his arrival and turned them into a Super Bowl contender almost instantly.

It is quite absurd what Wilson has accomplished despite his draft status. Here is a brief rundown of some of his accomplishments (all rankings are for statistics within the first three years of a player’s career):

All that from a quarterback who was too short to start on Sunday? It makes you wonder how many scouts lost their jobs because of an evaluation like that.