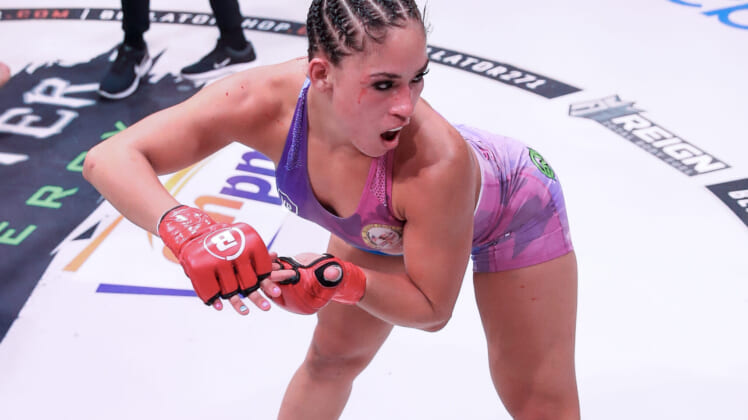 In the latest instance of bringing a combat athlete into the world of professional wrestling, WWE has signed Bellator star prospect Valerie Loureda do a developmental deal.

During a Wednesday appearance on MMA Fighting podcast “The MMA Hour,” the 23-year-old Loureda announced her move from the world of cage fighting to predetermined matchups in WWE.

“I am now a WWE Superstar,” Loureda said on the show hosted by veteran MMA reporter Ariel Helwani … “My mind has completely shifted from MMA to the WWE, and all that passion and energy I have for MMA that I worked for five years, I’m now doing that in a training facility in Orlando. I love fighting, but this is my time.”

Valerie Loureda landed WWE contract after a tryout this spring

In June, Fightful Select first reported that the Miami native had taken part in a week-long WWE tryout for prospective talent in the spring and reportedly made a “great impression.” Obviously, that tryout has now led to a contract for the MMA fighter to train at the company’s developmental facility in Orlando, Florida.

Loureda, a fourth-degree black belt in Taekwondo, made her professional MMA and Bellator debut in a winning effort in February 2019. In a short amount of time she grew to notoriety in the industry based on her good looks, provocative social media pictures, and an entertaining fight style based on a traditional martial art.

Loureda was a top prospect in Bellator’s flyweight divison

Training out of American Top Team in Coconut Creek, Florida, she was viewed as top prospect in Bellator’s flyweight division over the last few years. And she proved the organization’s investment in promoting her MMA journey was worth it by winning her first three fights, including two by knockout.

However, her hype train was derailed in May of last year when she suffered her first MMA defeat at the hands of Hannah Guy at Bellator 259. She then returned six months later to earn a hard-fought decision victory over 5-8 veteran Taylor Turner. Considering the difficulty in her last fight and her progression in the sport not moving along as quickly as she and fans might have hoped, the switch to a different passion a this juncture seemed a worthwhile move for “Master.”

She will likely work on her craft for several month before an eventual promotion to WWE’s developmental show NXT, which airs Wednesday nights on the USA Network. The company is sure to benefit from Loureda’s social media reach where she has well over a million followers on her Instagram, Twitter, and Facebook accounts.

While Loureda is done with MMA for the time being, Bellator President Scott Coker confirmed to MMAJunkie on Wednesday that she will stay under contract to the promotion and will be welcomed back in the event she does return to fighting.

“She will remain an active and under-contract fighter with Bellator, and we look forward to welcoming her back into the cage in the near future. We take great pride in allowing our athletes to test themselves in additional arenas such as boxing and pro wrestling,” Coker said. 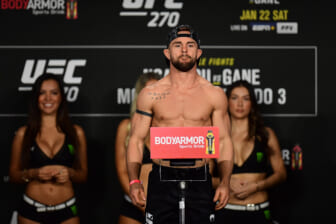 Also Read:
EXCLUSIVE: Cody Stamann down for a ‘dream’ fight against Frankie Edgar, but open to a scrap with Adrian Yanez next