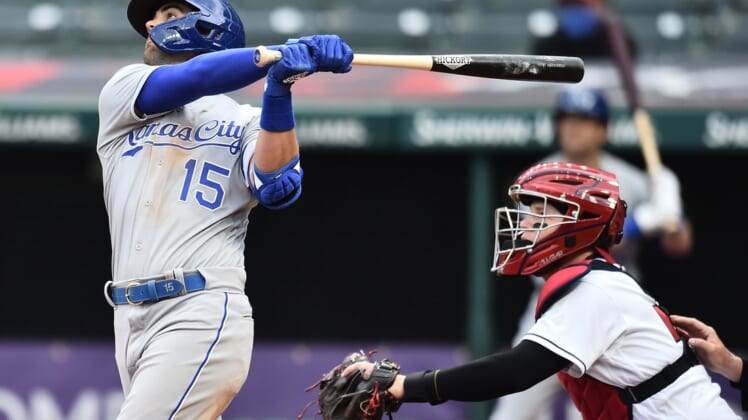 Whit Merrifield had a home run and three RBIs as the Kansas City Royals ruined the Cleveland Indians’ home opener with a 3-0 victory Monday afternoon. Merrifield became the first Royal to have three home runs or eight RBIs in the club’s first four games, and he’s done both.

Duffy allowed just two hits, while issuing three walks recording and five strikeouts. He faced two baserunners only one time in six innings. The Royals needed a solid outing from a starter. Their starting rotation had a 12.66 ERA in the first three starts, even though starters went 1-1 in the series against Texas.

Scott Barlow relieved Duffy in the seventh and retired all six batters he faced. He turned the ball over to Jesse Hahn, who picked up his first save of the season, the fourth of his seven-year career.

Logan Allen (0-1) was the hard-luck loser for the Indians. He allowed just two runs on five hits in five innings. He walked two and struck out three. He left the bases loaded in the first and gave up two runs in the second. But he retired 12 of the final 14 batters he faced.

The Royals got to Allen in the second when Whit Merrifield launched a 3-0 pitch into the bleachers in left field. The two-run homer drove in Nicky Lopez, who reached with a two-out single. It’s the third time in four games that Merrifield has at least two hits.

The Royals got another run in the seventh. Ryan McBroom led off with a walk, then went to third on a perfect hit-and-run single by Lopez. Merrifield drove home McBroom with a flyball to center. With his sacrifice fly, Merrifield has nine RBIs. He’s hitting .500 (8-of-16) so far this season.