WATCH: Vanderbilt cruises to win in Game 1 of CWS final round 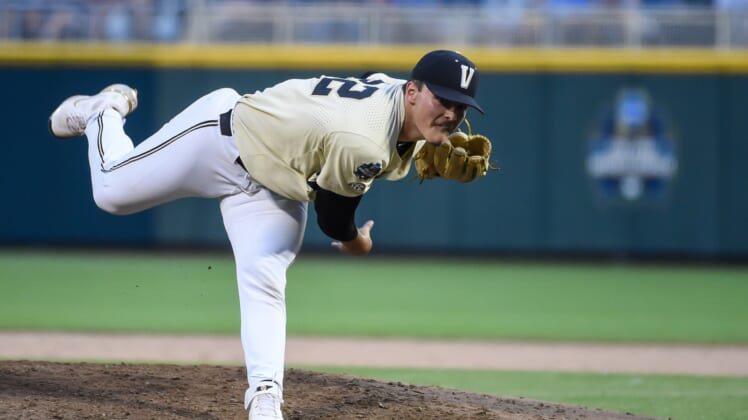 Jack Leiter pitched six effective innings, and Vanderbilt rode a seven-run, first-inning rally to an 8-2 win over Mississippi State on Monday in the first game of the College World Series’ best-of-three championship round in Omaha, Neb.

The Commodores would win a second consecutive title if they can take Game 2 on Tuesday. Vanderbilt won the 2019 championship, and the College World Series was canceled in 2020 due to the pandemic.

If the Bulldogs win the second game, a decisive third game will be played Wednesday.

Down 1-0 after Mississippi State’s Kamren James homered in the top of the first, Vanderbilt loaded the bases in the bottom of the inning, and Parker Noland was hit by a pitch to drive in a run. CJ Rodriguez followed with a two-run single. Two batters later, Isaiah Thomas’ RBI double knocked Mississippi State pitcher Christian MacLeod from the game.

Jayson Gonzalez greeted reliever Chase Patrick with a three-run homer for a 7-1 lead.

Armed with a big lead, Leiter allowed just two runs on three hits and three walks with eight strikeouts. Nick Maldonado followed him to the mound and threw three shutout innings, giving up two hits and no walks while striking out four. 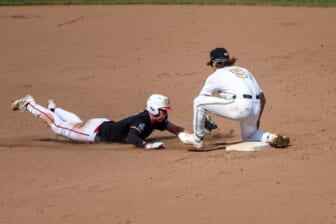