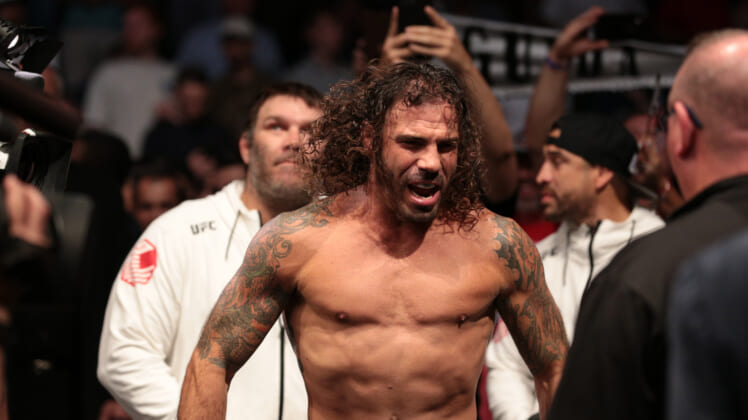 In the co-main event of UFC Vegas 52, UFC Hall-of-Famer Clay Guida found out quickly that opponent Claudio Puelles has a nasty ground game and the deadliest kneebar in the entire promotion.

Guida is one of the most beloved UFC fighters the promotion has had over the last decade. He hasn’t won a world championship or even been in serious contention, but his workman-like style and relentless energy have endeared him to a legion of MMA fans.

What has also kept his fanbase strong to this day is even at 40-years-old he is still a dangerous fighter in the promotion. He proved that in his last appearance in December when he submitted a talented grappler in Leonardo Santos. However, on Saturday night he found himself on the other side of that submission equation.

Claudio Puelles is a talented grappler in his own right and he has risen to UFC notoriety by scoring two of his wins by kneebar. A submission hold that is extremely hard to secure at the highest levels of the sport. Well, at UFC Vegas 52, he showed that what is hard for some is easy work for him.

Early in the fight, the 59-fight veteran was having trouble staying out of danger on the mat. Puelles was able to ground the talented wrestler and keep him on the defensive with triangle and omoplata submission attempts. However, “The Carpenter” showed that absurd experience and was able to avoid a fight-ending finish. 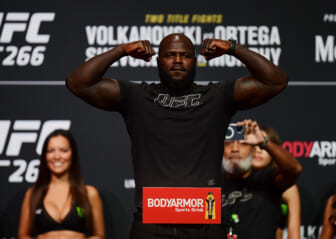 Then, with just over two minutes left in the fight, as the UFC veteran tried to scramble out of a position where the pair’s legs were tied up, the Peruvian was able to snatch up his opponent’s limb before he could escape and ensnared him in — you guessed it — a kneebar. While Guida tried to defend, he eventually tapped in a matter of seconds.

The defeat was the 22nd loss of Guida’s historic career and the 11th time he’s been submitted. He has alternated wins and losses in his last four. For the “Prince of Peru,” it was his fifth straight win and moved his UFC record to 5-1.