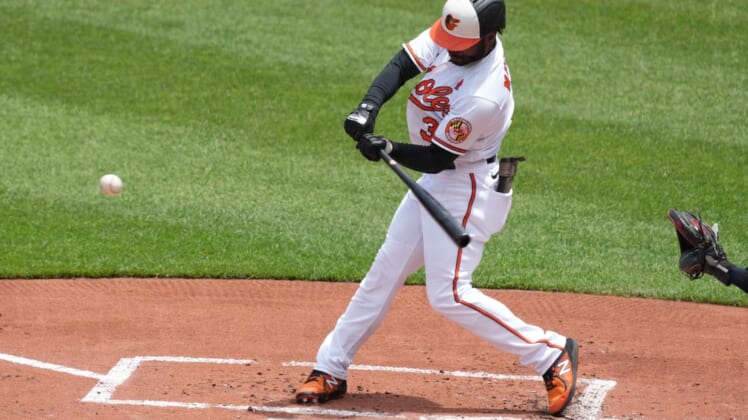 Rob Refsnyder scored the tiebreaking run on Adam Plutko’s wild pitch in the top of the 10th inning, and Jorge Polanco later homered as the visiting Minnesota Twins extended Baltimore’s losing streak to 14 with a 3-2 victory over the Orioles on Monday afternoon.

Refsnyder began the 10th on second base, moved to third on Kyle Garlick’s grounder to second and scored when Plutko (1-2) bounced an 0-2 pitch to Andrelton Simmons. Polanco followed with a homer to deep right for a 3-1 lead.

The Orioles got one back on DJ Stewart’s RBI double and put runners on first and third with one out, but Hansel Robles retired the final two batters as Minnesota held on.

This 14-game losing streak is tied for the second longest in team history — the 21-game slide that began the 1988 season tops that. Baltimore went 5-23 in May, matching the third-worst month in franchise history.

Minnesota has now won 16 meetings in a row against the Orioles, going back to 2018.

Jose Berrios of the Twins went eight innings plus one batter and allowed one run on five hits. He also struck out six without a walk on 101 pitches. Taylor Rogers (2-2) got the win and Robles earned his fourth save.

Jorge Lopez turned in one of his best starts of the season for the Orioles, giving up one run on five hits. He also struck out seven and walked two while throwing 90 pitches.

The Orioles again struggled with runners in scoring position. They went 1-for-8 on Monday and are just 5-for-64 in their last eight games.

The Twins took a 1-0 lead in the third when Polanco grounded into a force play that let Garlick score from third.

Baltimore tied the game in the fifth when Ryan Mountcastle belted a solo homer to deep center with one out. Berrios had set down 13 in a row before that.