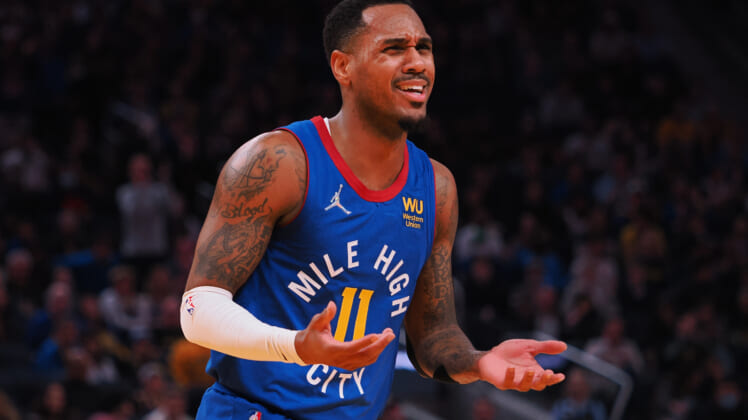 The Washington Wizards are reportedly intent on acquiring a veteran point guard during Thursday’s NBA Draft, and Denver Nuggets talent Monte Morris is on their radar.

In the lead to tonight’s annual selection event, there has been speculation about the Wizards being open to swapping their lone pick at 10 to improve the team. Recent reports claimed the organization was interested in moving to the fourth pick to snag coveted Purdue guard Jaden Ivey.

However, with the news that the Sacramento Kings have a steep asking price and will wait until they are on the clock to make a decision on keeping or trading their selection, the Wizards may have shifted gears in adding another guard.

On Thursday morning, Josh Robbins of The Athletic reported sources informed him that teams around the league expect the Washington Wizards to make strong attempts to land a veteran point guard on draft day. Robbins and fellow The Athletic NBA insider David Aldridge then both added that Nuggets veteran Monte Morris would be a prime target.

How did Monte Morris become a target for the Washington Wizards and other teams?

The Nuggets are believed to be looking to cut costs heading into the 2022-2023 season. Earlier this month, they sent JaMychal Green to the Oklahoma City Thunder for the 30th pick in tonight’s event. Following the move, Bleacher Report NBA insider Jake Fischer reported the move was made with the expectation Denver would trade Morris and draft his replacement at the end of the first round.

“With Denver having acquired the No. 30 pick, league sources expect the Nuggets will target a point guard such as Gonzaga ball-handler Andrew Nembhard,” Fischer wrote. “Denver has engaged various teams in trade conversations regarding Monte Morris, the sturdy reserve point guard who filled in as its starter with Jamal Murray sidelined for the season … Some rival executives were prepared for Morris to be replaced by Serbian point guard Vasilije Micic, whose rights are held by OKC, as part of the Green trade.” 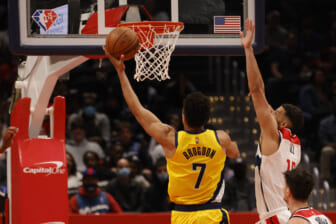 Morris filled in admirably for Murray this past season. Averaging 12.6 points and 4.4 assists per game while shooting .395% from the three.