Top Washington Nationals pitching prospect Cade Cavalli has shoulder inflammation, could be done for the season 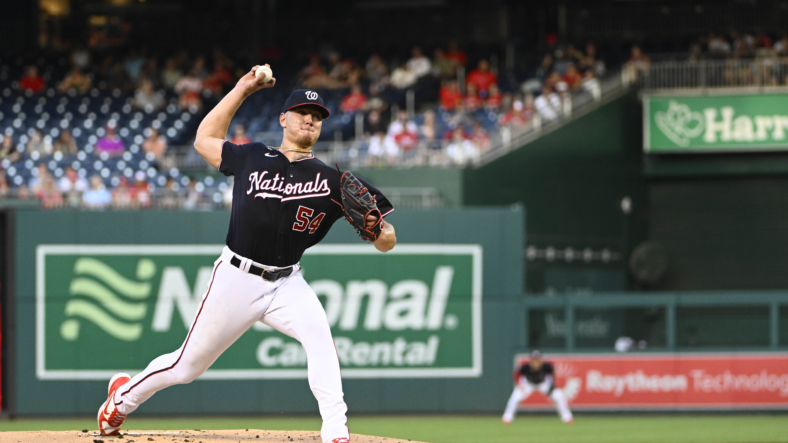 After making his major league debut to great fanfare and hope for betting things to come, the Washington Nationals top pitching prospect, Cade Cavalli, could be done in 2022 after just one start.

On Tuesday, MASNsports.com Nationals beat writer Mark Zuckerman revealed that Cavalli is headed to the injured list with shoulder inflammation, and could be done for the season.

It is a relief that there is no structural damage to the 24-year-old’s arm. However, the chance of his season being over already is more injury to the insult that his debut start ended up being for the organization.

After pitching to a 6-4 record and a 3.71 ERA in Triple-A in 2022, the 22nd pick overall in the 2020 MLB draft made his major league debut for the team on Aug. 26 versus the Cincinnati Reds. Unfortunately, for him and the team, Cavalli was roughed up in a major way. Giving up six hits and seven runs in just 4.1 innings. However, he did rack up six strikeouts.

This season has been a disaster for the Nationals. They currently sit with a 43-85 record, which is the worst in all of baseball and it has been a year of major changes as the organization is in the early stages of a full-on rebuild after trading superstar Juan Soto and power hitter Josh Bell to the San Diego Padres in July. Cavalli was brought up as the first showcase of what the organization has waiting in the wings to help bring the franchise back to prominence in the future. 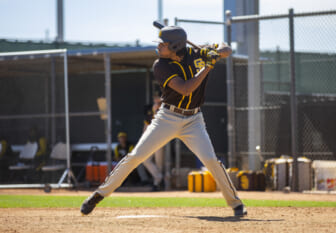 Cade Cavalli is currently ranked as the fourth-best player in the Nationals farm system (via MLB.com). Before the Soto trade, he was second behind the team’s 2022 first-round pick Elijah Green. However, former Padres star prospects Robert Hassell III and James Wood jumped in front of Cavalli in the rankings after their acquisition.