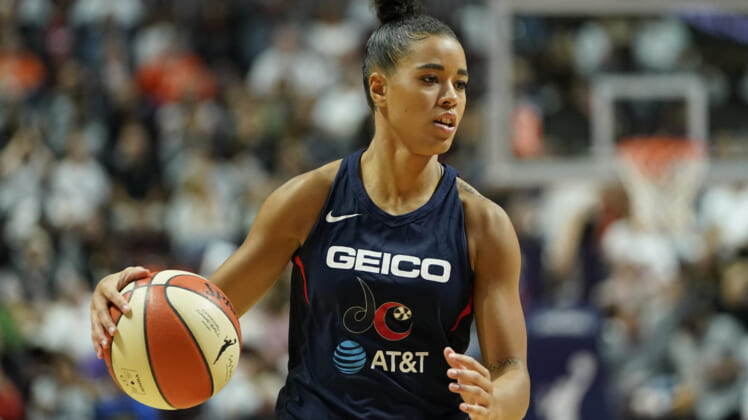 Natasha Cloud and Ariel Atkins led the Washington Mystics to a 92-74 win over the visiting Atlanta Dream on Tuesday night with an ariel assault from the three-point line.

Cloud dropped 18 points while her teammate Atkins chipped in with 15 more in a dominant effort over the dream. The duo combined to shoot 8-for-11 from three to help Washington post a season-high point total.

Star Elena Delle Donne scored eight of her 11 points in the second half for the third-place Mystics (13-9). She was in the lineup as her playing time increases following a series of rest days due to a recent back ailment. She logged just 19 minutes on the night.

The Mystics, who have won back-to-back games for just the second time since the early part of the season, made 15 of 25 shots from long range. Atkins and Cloud were almost equaled from distance by 2017 first-round pick Shatori Walker-Kimbrough, who produced all nine of her points on 3-pointers.

Atlanta reserve guard AD Durr led her team with 13 points, followed by fellow bench talent Naz Hillmon who scored 11 points for the Dream in a losing effort. On the night, the Dream shot 5-20 from three, including Rhyne Howard’s 0-for-7 from the arc.

Howard finished with five points on 2-of-14 shooting as Atlanta (8-11) fell for the seventh time in eight games. Washington eclipsed the 80-point mark for the 12th time in 22 games this season.

The Mystics led 52-32 at halftime and improved 3-0 against Atlanta this season. The Mystics have won five in a row in the series. 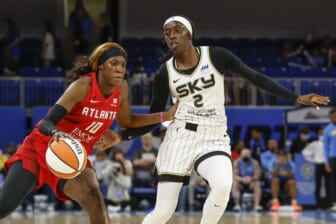 Cloud sank two 3-pointers to help get the Mystics out to a 13-2 lead to start the game. The teams actually combined for eight 3-point baskets in the first nine minutes of what seemed to be a brewing shootout.

Washington didn’t score for the first three minutes of the second quarter before Shakira Austin notched the game’s next five points to increase the lead to 36-24. Atlanta managed just one field goal in the final four minutes of the first half.