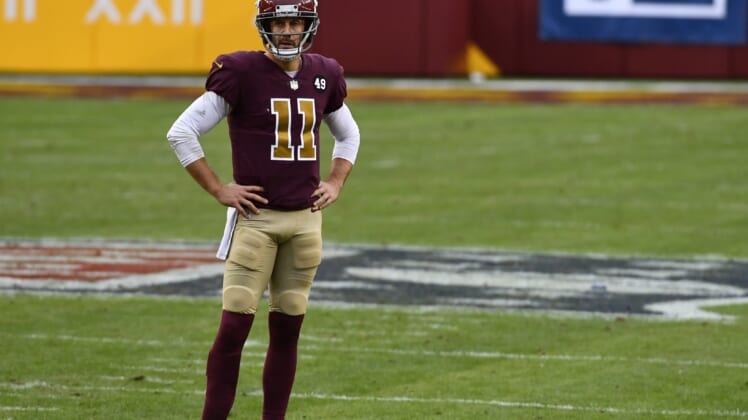 After benching Dwayne Haskins early in the season and losing backup quarterback Kyle Allen to injury, Washington turned to Alex Smith as its starting quarterback. Suddenly, things are going well under Ron Rivera’s direction, and the team might be making plans at quarterback for next season.

According to NFL Network’s Ian Rapoport, Rivera and his coaching staff want Smith to return next season. With the team unlikely to land a top-10 pick in the 2021 NFL Draft, keeping them from top quarterback prospects, Washington might need a bridge quarterback next season.

Smith, who is under contract for $19 million next season, could be the ideal stop-gap quarterback for Washington.

The 36-year-old’s remarkable recovery from a gruesome leg injury that nearly cost him his life is the best story in the NFL. There was a real chance he might never walk again, let alone play football. Smith has overcome the odds and made his way back to start for a team in the playoff picture.

Smith has played fairly well across his last three starts and helped the Washington Football Team climb in the NFC East. The veteran is completing 69.8% of his passes with an 86.4 quarterback rating and a 2/2 TD/INT ratio in three games as the starter. During that stretch, Washington is 2-1 and only lost to the Detroit Lions in Week 10 on a last-second, game-winning field goal.

Bringing Smith back for the 2021 season makes sense for Washington. While he doesn’t offer tons of upside and his decline in talent puts a ceiling on the offense, he is efficient and rarely makes mistakes.

Since the Washington Football Team likely won’t be in a position to draft Trey Lance or Zach Wilson, let alone Justin Fields or Trevor Lawrence, operating with a bridge quarterback makes sense.

Following a statement victory on Thanksgiving Day over the Dallas Cowboys, the Washington Football Team sits atop the NFC East. Given how this team has performed lately and its upcoming schedule, there’s a chance Washington could host an NFL playoff game in January.