Washington Commanders rookie Briand Robinson has begun the early stages for his eventual return to the field after being shot twice last month when he was the victim of a failed robbery attempt.

At the end of August, Robinson found himself in a horrible situation when he was on the wrong side of an attempted carjacking just days after the team’s final game of the preseason. During the failed robbery, the 23-year-old suffered gunshots to his glute and leg and he was forced to undergo surgery soon after. Luckily for the former Alabama football star, not only were his injuries not life-threatening, but they also weren’t expected to have a major effect on his playing career.

Following surgery, it was reported that there was a good chance Robinson would be able to return for the team’s Week 5 home matchup against the Tennessee Titans. Well, today he took his first steps toward getting back on the field to make his NFL debut in a few weeks.

On Wednesday, Pro Football Talk reported that the third-round pick in the 2022 NFL Draft was at the team’s training facility taking part in agility drills and was seen working out on a stationary bike. Also of note, is that “reports said that Robinson showed no obvious signs of discomfort” while training on the side field during today’s practice.

Robinson is currently on the non-football injury list, and the earliest he can be activated is in Week 5. His unfortunate injuries from the carjacking were not only a setback for the running back but they also hampered the Commanders’ offensive plans to start the season. Heading into Week 1, Robinson was expected to receive a sizeable amount of snaps and a featured role in the offense after a strong showing in training camp and the preseason. 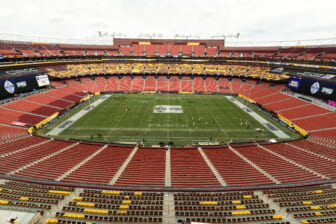 The Washington Commanders will look to move their record to 2-0 when they visit the Detroit Lions at 1 PM ET on Fox this Sunday.