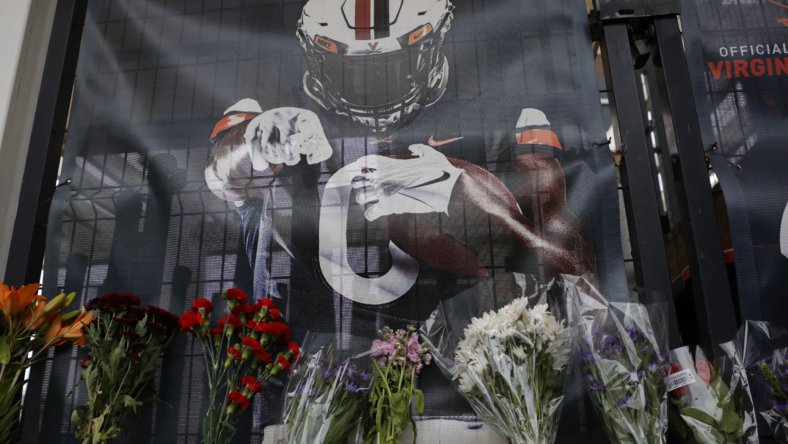 The deadly shooting over the weekend that led to the death of three Virginia Cavaliers football players unsurprisingly has resulted in the cancellation of their game in Week 12 of the college football season.

The University of Virginia campus was rocked on Sunday when former UVA football player Christopher Darnell Jones Jr. opened fire on a bus filled with students that included quite a few current talents on the Virginia Cavaliers football squad.

The horrifying incident led to the tragic deaths of players Devin Chandler, Lavel Davis Jr., and D’Sean Perry, as well as running back Mike Hollins currently being in critical condition and requiring the help of a ventilator.

On Wednesday, the school announced on its website that its Week 12 matchup with Coastal Carolina on Saturday had officially been called off, and it is unclear if they will take part in their regular-season finale at the end of the month.

“The Virginia athletics department announced today that the Cavaliers’ home football game vs. Coastal Carolina scheduled for Saturday, Nov. 19 has been canceled. The decision was made following the shooting of five students on Grounds Sunday night. … The game would have been Virginia’s final home game of the 2022 season.

“A decision if Virginia will participate in its final game of the season, a Nov. 26 (Saturday) date against Virginia Tech in Blacksburg, has not been made at this time.”

The tragic death of three players, and the serious condition Hollins is in, would be a very sad end to what has been a tough season for the Virginia Cavaliers.

The team entered their Week 12 clash with Coastal Carolina with a 3-7 record and sits in sixth place in the ACC conference. After getting off to a 2-1 start to the season, the team has lost six of their last seven games as the season quickly spiraled out of control. 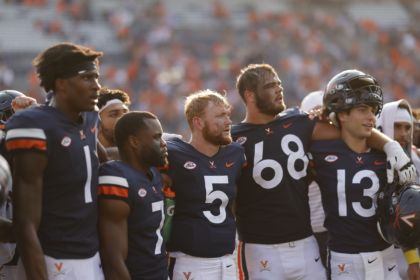 Also Read:
Virginia running back Mike Hollins in critical condition and on ventilator after mass shooting

It would be a bold statement to try and play their final game of the season on Nov. 26, however, it would be completely understandable for the team to forego the game against Virginia Tech after the shocking events of this past weekend.

The shooting at UVA adds to the list of nearly 30 school shootings in the US in 2022.