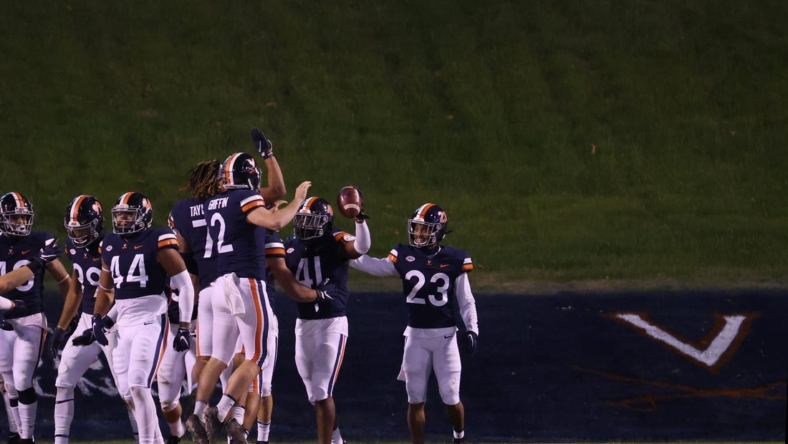 Perry, 22, was one of three fatalities and two others were being treated for injuries, according to multiple reports, following a shooting at Culbreth Garage on UVa. Central Grounds at the University of Virginia on Sunday night.

A junior from Miami, Fla., Perry had played for the Cavaliers against Pitt on Saturday, recording two tackles.

Authorities on Monday were still searching for the suspected gunman, identified by Ryan and campus police as Christopher Darnell Jones Jr., a former Virginia football player. Jones was listed as a freshman in 2018.

“This is a message any leader hopes never to have to send, and I am devastated that this violence has visited the University of Virginia,” Ryan’s message said Monday. “This is a traumatic incident for everyone in our community and we have canceled classes for today (Monday, Nov. 14).”

Charlottesville has experienced multiple gun-related incidents since the start of the 2022 school year. A total of five teenagers were shot between Sept. 22 and Oct. 15 and two other fatal shootings took place in October.