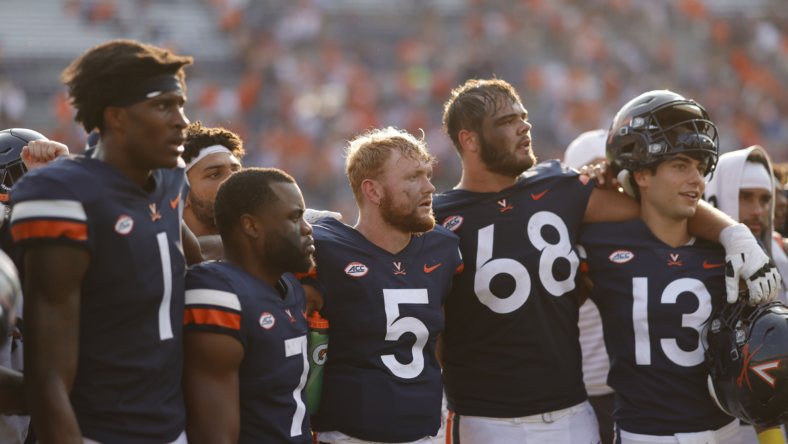 Virginia running back Mike Hollins is one of two surviving victims of a mass shooting that took place on campus Sunday night in Charlottesville.

The shooting was perpetrated by a former Virginia footall player in that of Christopher Darnell Jones Jr., who opened fire inside a campus parking lot following a student trip to a local play.

As for Hollins, he was one of two survivors. The junior running back is said to be in critical condition and on a ventilator as he battles for his life. He had a surgical procedure immediately after and will have another one on Tuesday for a gunshot wound the young man suffered in the mass shooting.

“It’s been a long 24 hours. Mike is a fighter,” A close friend of the Mike Hollins family said folowing the shooting. Hollins suffered gunshot wounds to his abdomen in the tragic incident.

Unable to speak, Mike Hollins was concerned about his Virginia teammates more than anything else

A fourth-year junior from Louisiana, Hollins finds himself on a ventilator and unable to communicate verbally. Hollins’ mother, Brenda, flew from Baton Rouge to Charlottesville to be by her son in the hospital. There, she told a harrowing story of what her son went through and the thought process right now.

Hollins wrote his mother messages bed side, asking about the well-being of his teammates in the process. The belief is that the shooter specifically targeted football players in another tragic mass shooting around the United States.

Hollins was a three-star recruit out of University Lab High School in Baton Rouge back in 2019. Thus far this season, he has put up 215 rushing yards and 114 receiving yards in nine games for the Cavaliers.

“I cannot find the words to express the devastation and heartache that our team is feeling today after the tragic events last night that resulted in the deaths of Lavel, D’Sean and Devin, and the others who were injured,” Virginia head coach Tony Elliott said following the shooting. ““These were incredible young men with huge aspirations and extremely bright futures. Our hearts ache for their families, their classmates and their friends.”

Our thoughts obviously go out to everyone impacted by this senseless act of violence. We hope for a full recovery from Mike Hollins and the other student who survived this attack.