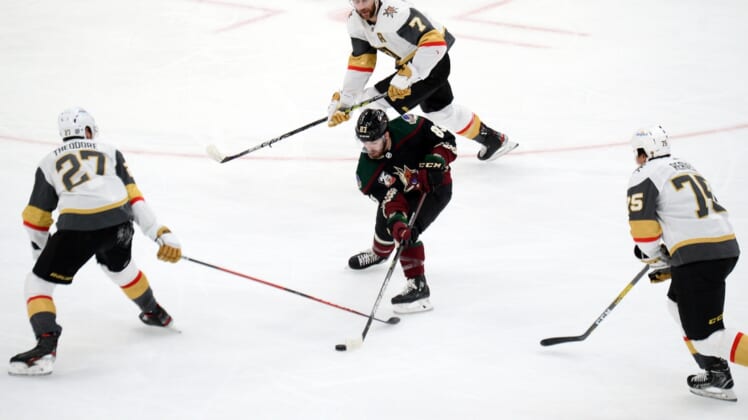 The Vegas Golden Knights will have two games against the San Jose Sharks, scheduled for Monday and Wednesday, postponed due to a player and three members of the Vegas coaching staff being placed in the NHL’s COVID-19 protocols.

All three games are expected to be made up later this season. Through Thursday, there have been nine games postponed since the start of the NHL season.

Vegas sustained its first home loss of the season on Tuesday with a 5-4 shootout setback to St. Louis. General manager Kelly McCrimmon was behind the bench for the Golden Knights after all of their coaches were placed in the COVID protocol.