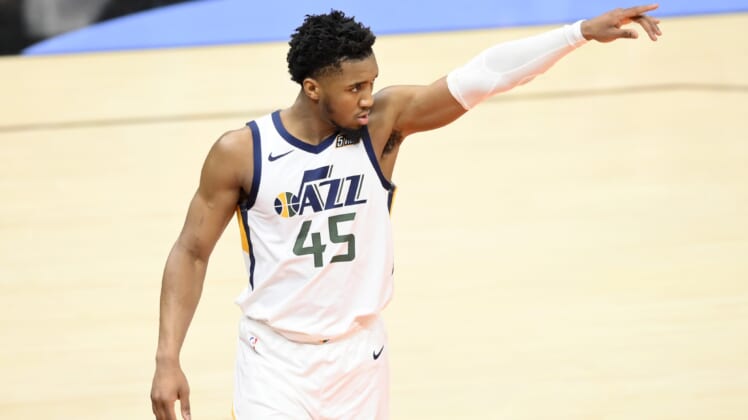 The Utah Jazz continue to show themselves to be a conference title contender. That’s not a surprise given the brilliance of young guard Donovan Mitchell. We now has some Utah Jazz news as it relates to Mitchell.

According to multiple media reports, the Jazz have inked Mitchell to a rookie level max contract extension.

ESPN’s Adrian Wojnarowski notes that the extension is worth $163 million over five seasons. It can increase to a whopping $195 million should Mitchell earn All-NBA honors for the 2020-21 NBA season.

This means Mitchell has an incentive of $32 million for the coming season. It’s the same extension fellow guard De’Aaron Fox inked with the Sacramento Kings over the weekend.

This Utah Jazz news comes with the team having already made some pretty big financial commitments through the first few days of the NBA offseason.

Mitchell, 24, has proven himself to be a franchise cornerstone in Utah. He’s averaged north of 20 points in each of his first three NBA seasons.

This past season saw the Louisville product average career-highs in points (24.0), rebounds (4.4) and assists (4.3) while shooting 45% from the field. That included a 37% three-point mark.

Despite some drama with teammate Rudy Gobert, Mitchell was able to lead the Utah Jazz to a 44-28 regular-season record.

The team fell to the Denver Nuggets in the first round of the playoffs with Mitchell averaging an NBA-high 36.3 points during the seven-game series. This was obviously enough for Utah to make the financial commitment we saw Sunday.

There’s certainly going to be more Utah Jazz news break with free agency officially opening on Sunday. Click below to stay up to date with breaking Jazz news.