The Toronto Raptors remain linked to star player Shai Gilgeous-Alexander as whispers of him being frustrated with losing surface. 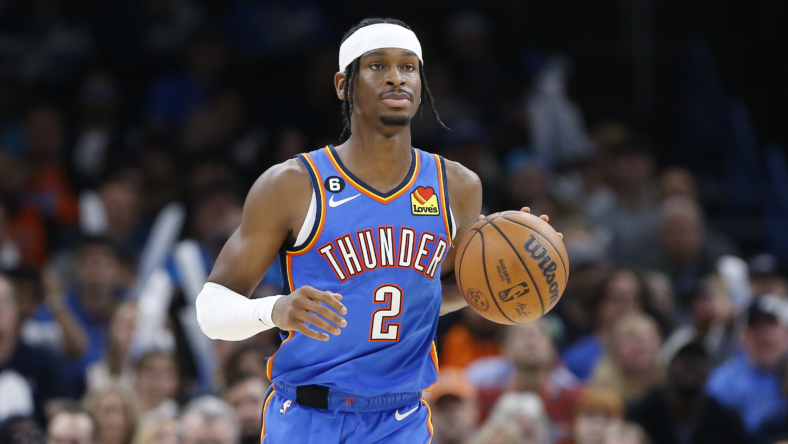 The Toronto Raptors have seen a pretty solid start to the 2022-’23 season with a 7-5 record as a game against the Oklahoma City Thunder looms on Friday night after a victory against the Houston Rockets.

However, there have been some unfortunate circumstances to start the year as star forward Pascal Siakam is out for a minimum of two weeks due to a right adductor strain, and Precious Achiuwa is out indefinitely due to partial ligament tears in his right ankle.

While all of this has been occurring, the Raptors are linked to a young star player that just so happens to be on the team they are facing come Friday night at 8:00 PM EST.

Toronto was linked to Shai Gilgeous-Alexander in September when TSN’s Josh Lewenberg reported that the young player was being “closely monitored” by the organization as it was connected to big players during the offseason.

However, there has been another connection between the Raptors and the Canadian-born guard. According to The Athletic’s Sam Amick, multiple teams are obviously monitoring the situation in Oklahoma City as front-office executives take notice.

One front-office executive had this to say about Gilgeous-Alexander’s situation moving forward.

“You keep hearing that (Shai Gilgeous-Alexander) is frustrated with the losing, and so I think that’s the (Toronto Raptors) thing that we’ve all heard about with their interest in Shai this summer. But how far do (the Oklahoma City Thunder) want to push this (tanking effort)?”

If any team wants to get their hands on Gilgeous-Alexander, they will need to pay a very steep price as he continues to grow into a superstar player. Plus, he signed a five-year, $179.30 million contract that makes him a free agent after the 2026-’27 season.

Gilgeous-Alexander’s lowest cap hit over the duration of his contract will be $30.91 million this season before increasing to 33.39 million for the 2023-’24 season.

While the young star will likely try to make it work in Oklahoma City, there could come a point where he decides that losing is simply not going to work for him anymore. If so, the Raptors could be waiting to pounce on the opportunity.