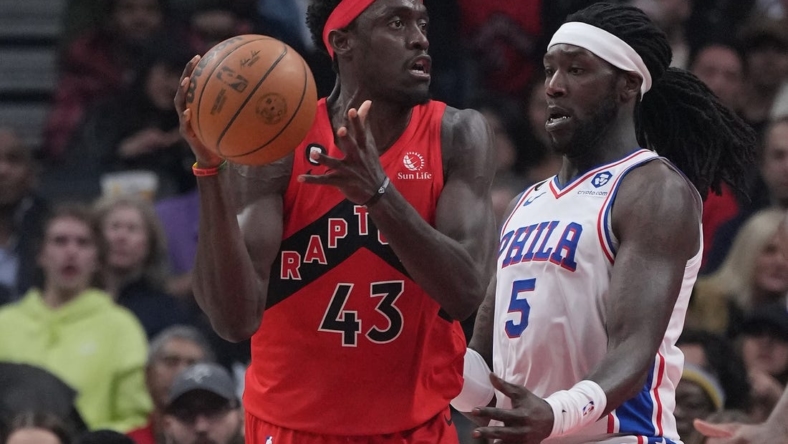 Toronto Raptors forward Pascal Siakam will be sidelined at least two weeks after being diagnosed with a strain of the right adductor muscle, the team announced Sunday.

Siakam, 28, collected 18 points, seven rebounds and six assists in 31 minutes before departing Toronto’s 111-110 loss to the Dallas Mavericks on Friday.

Siakam has contributed 15.9 points and 6.4 rebounds in 409 career games (315 starts) since being selected by the Raptors with the 27th overall pick of the 2016 NBA Draft.