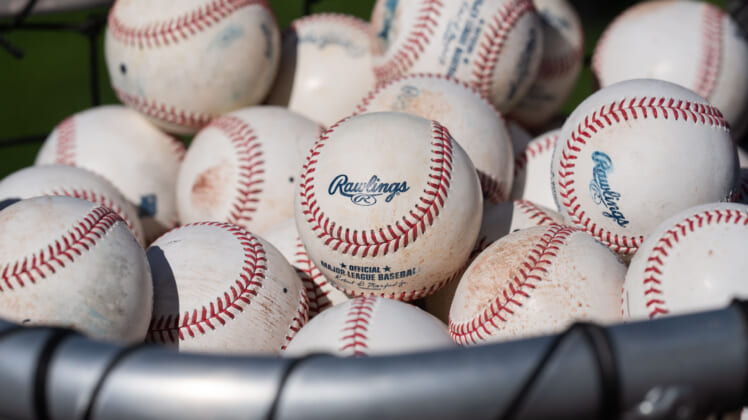 Tommy Morrissey already earned nearly 40,000 followers on Instagram as a one-armed golf prodigy with incredible skills for his age. Now, the social media sensation is showing off his talent and power on the baseball diamond.

Known as the “one Arm Golfer”. Morrissey is a star athlete in his age group and an ambassador for the unLIMBited Foundation. It seems that when he isn’t crushing golf balls on the course or reeling in fish on the water, the 11-year-old is dominating on the diamond.

As first highlighted by JomBoy Media, Morrissey was recently competing against his age group when a pitch hung right where he wanted it. The towering shot left the yard and Morrissey was immediately greeted by his teammates celebrating.

The power isn’t a fluke. An inspiration for so many in multiple sports, who has also met Tiger Woods and even makes diving catches in the field, proved he can unleash some bombs in any direction.

When someone on Twitter replied to Jomboy Media’s tweet suggesting the 11-year-old should sow some opposite-field power, Morrissey responded with a video of him doing exactly that.

Tommy Morrissey is more than an inspirational story and a tremendous advocate for young athletes who deserve more recognition, he is a phenomenal multi-sport star capable of crushing baseballs and showing off his talent at a moment’s notice.