Tom Brady solidified himself as the GOAT of quarterbacks by winning his seventh Super Bowl with the Tampa Bay Buccaneers with an excellent 2020 campaign. Even more impressive? He did it on a torn medial collateral ligament.

That’s right. NFL Network’s Ian Rapoport reported Thursday that Brady did, in fact, at age 43, play on a torn left MCL, which is the same knee he suffered a torn ACL on in Week 1 of the 2008 campaign.

Rick Stroud of the Tampa Bay Times reported Brady initially suffered the injury during his final season with the New England Patriots, and that it worsened throughout 2020, causing him to miss practice time.

Only this offseason did Brady undergo surgery to repair his ailing limb, and it goes to show just how impressive his first year in Tampa Bay was.

In addition to adjusting to an entirely new team for the first time in his two-decade NFL career after a dynastic tenure with the Patriots, Brady was on a limited offseason program due to the COVID-19 pandemic.

Apparently that wasn’t even the half of it. There are cases where the full extent of injuries aren’t disclosed throughout an NFL season. This specification of Brady’s injury just adds to his growing legend. 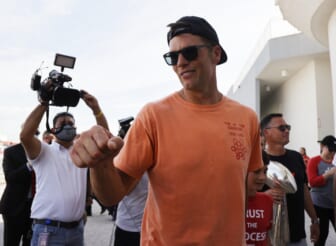 Many were writing Brady off when he went from Foxborough to Tampa. It wasn’t all roses for the Bucs throughout 2020, as they limped into a late bye week with a 7-5 record. However, Brady rallied his teammates, and Tampa Bay didn’t lose a single game from then through Super Bowl LV, where they crushed the Kansas City Chiefs 31-9.

If Bucs fans thought they were excited about a Lombardi Trophy coming their way, they couldn’t have anticipated the good news that’d come thereafter. Somehow, general manager Jason Licht managed to keep every offensive and defensive starter from that championship team in the fold for 2021. 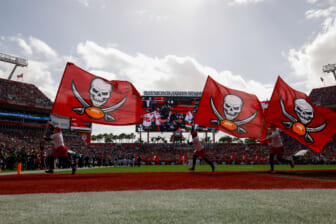 Brady thrived under the absolute most difficult set of circumstances imaginable last season. Now that he’s had his knee surgically repaired, with a full year in the vertical passing system masterminded by Bruce Arians, with better chemistry with all his returning pass-catchers, it stands to reason Tom Terrific can be significantly better this year.

That whole TB12 method seems to be working wonders for Brady, as Father Time still hasn’t caught up to him. Chances are, Tampa Bay is going to be a legitimate threat to repeat as Super Bowl champions with Brady’s knee healthier than it’s been in quite a while.