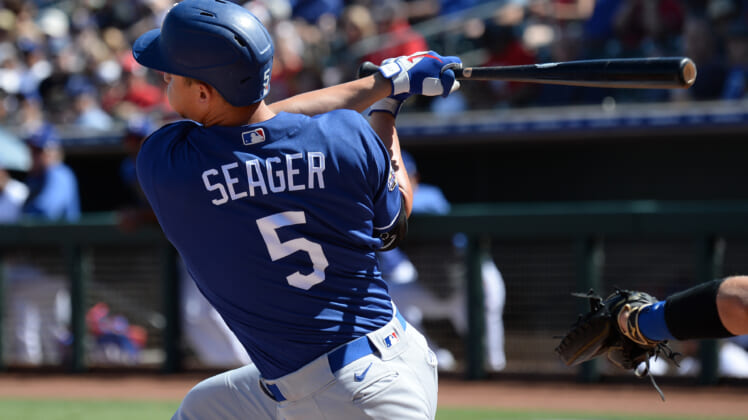 Some teams chose to stand pat before the MLB lockout. Others chose to make a big signing and call it quits. The Texas Rangers chose violence.

Spending a combined $561 million on Corey Seager, Marcus Semien, Jon Gray and Kole Calhoun, president Jon Daniels transcended the team’s roster. A team that looked poised to once again rot at the bottom of the sport’s cellar was given life in the form of highly impactful free agent signings.

Here’s how the Rangers’ offseason creates a prosperous foundation for their ballclub.

Texas has sported one of the worst offenses in baseball over the last two years. That won’t be the case in 2022.

Manager Chris Woodward’s projected opening day lineup includes Seager, Semien, Adolis Garcia, Nate Lowe and Isiah Kiner-Falefa. Seager and Semien are high-level hitters. The former is adept at hitting for power, getting on base at a high level and seldom striking out. Semien is a compact threat from the right side and has now found success at both shortstop and second base.

Garcia blasted 31 home runs in his first complete MLB season thanks to his smooth power stroke. Lowe had a career-year at the plate, most notably driving in 72 runs. Kiner-Falefa is a consistent contact hitter who frequently puts the ball in play. All the while, Kole Calhoun and Willie Calhoun can be power threats, too.

Texas is investing in a star in his prime (Seager), a player fresh off his best season at the plate (Semien) and a veteran outfielder (Calhoun) to accompany the bright spots of their positional depth chart from last season. This unit has gone from being a lower-level offense to one that should be in the top-half of the sport. Then there’s the defensive component of these moves.

Seager and Semien instantly make for one of the best double-play duos in the sport, as they’re each sound fielders. Kiner-Falefa, also sturdy with the glove, starts at third while Lowe holds down first again. This is a combination that should make for one of MLB’s best all-around infields. Furthermore, the Rangers’ offensive firepower has become their new identity. 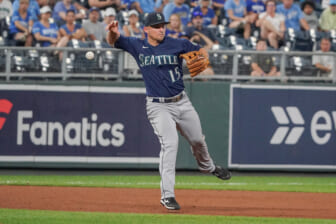 Starting pitching progression is pivotal for the Texas Rangers

As it concerns the Rangers being competitive and eventually making the playoffs, starting pitching looms largest.

To be clear: the Rangers’ rotation doesn’t have to be an elite or even well-rounded grouping in 2022. This is more about the years that follow, albeit an encouraging 2022 from select pitchers would go a long way. In the meantime, Gray will be the anchor of this rotation. After previously spending his entire career with the Colorado Rockies, perhaps a new coaching staff can refine and/or add to Gray’s offerings? The 30-year-old is a consistent right-hander who logs strikeouts at a high rate and has occasionally flashed ace potential.

Dane Dunning had his moments in his debut season with the Rangers, but he has to keep runners off the basepaths with more frequency. While they struggled in their time on the hill in 2021, Spencer Howard, Kolby Allard and Kohei Arihara got much-needed MLB reps. A former top prospect of the Philadelphia Phillies and key part of the Rangers’ trade haul for Kyle Gibson and Ian Kennedy, maybe Howard breaks through next season?

Former first-round draft picks Jack Leiter and Cole Winn figure to be part of the big-league club at some point over the next two years. If one of the two live up to their draft billing, they can be a vital part of the rotation.

There’s a lot of upside in the Rangers’ pitching depth. That said, it will only be getting one immediate enhancement in Gray. This part of the Rangers will make or break their competitive hopes, as it’s a unit that’s severely reliant on internal growth. Moreover, their rotation has to provide more length for a bullpen corps that was taxed by starters’ inability to provide length last season. If that struggle continues, it will lessen the impact of the Rangers’ moves around the diamond, as they’ll have to inordinately hit their way to victory. 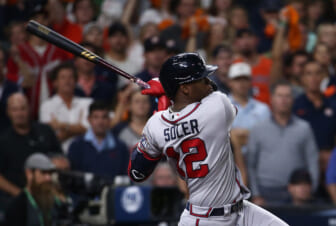 Will the Rangers make the playoffs next season? Most likely, no. At the same time, there’s a roadmap for them to defy the odds, which is something that hasn’t existed in a long time.

The Rangers have an identity, there’s legitimate upside in a crucial part of their roster and the front office has put together a competitive ballclub from a talent standpoint. It’s a mix of players in their prime and improving youngsters in the offensive depth chart. On the hill, there’s a starting pitcher being given a chance at a rebirth, if you will, and a grouping of pitchers who are just getting started.

Texas resides in an AL West division that has quickly become one of, if not the best five-team cluster in the sport. The Houston Astros have been the kings of the division for the better part of the last five years. Despite All-Star-caliber players potentially on the move via trade, the Oakland Athletics are sure to be a competitive team. The Seattle Mariners just won 90 games, have been active this offseason and have a team that can only improve, as their roster is generally raw. Meanwhile, the Los Angeles Angels added Noah Syndergaard to beef up their rotation.

The competitive nature of the AL West was part of the urgency for the Rangers to be busy this offseason. There’s a difference between a team that has been rebuilding and a team that has continually started young players and made no progress as a whole. The Rangers have been the latter of late. Now they have a complementary roster that can’t be looked over and will surely put up a fight. There’s a tangible foundation in place, which creates room for growth.

The Texas Rangers are relevant again, and that’s the most important part of their historic offseason.