The Texas Rangers are reportedly in hot pursuit of one of the elite pitchers in the MLB free agency market and are becoming a top contender.

The off-season hot stove is ablaze for baseball. While several notable trades have gone down in the last few weeks, many of the sports’ best free agents have yet to put pen to paper on new contracts. While American League MVP Aaron Judge and the star-studded shortstop market are getting a lot of attention, there are quite a few big-time starting pitchers available.

New York Mets superstar Jacob de Grom and fellow staff mates Chris Bassitt and Tajuan Walker are on the market. Plus, AL Cy Young Award winner Justin Verlander and veteran arm Nathan Eovaldi are also up for grabs. However, San Francisco Giants starter Carlos Rodon is one of the most intriguing players on the market.

Rodon has pitched at an elite level the last couple of seasons, and likely could be had at a lower rate than the likes of deGrom and Verlander, and it seems the Texas Rangers like that combination of elements.

On Wednesday, MLB Network league insider Jon Morosi revealed that Texas is one of the teams at the front of the pack to land the 29-year-old this offseason.

“Rangers among the most serious suitors for free agent Carlos Rodon.”

– Report on Rangers pursuit of Rodon 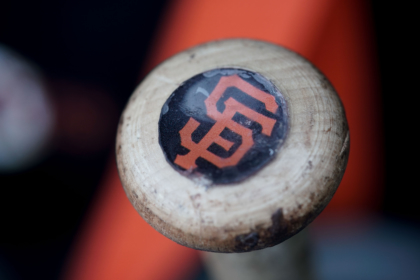 The Texas Rangers made a major splash last winter by signing both Marcus Semien and Corey Seager — two of the top free agents in 2021 — to massive contracts. Shelling out big bucks to make necessary improvements to the starting staff makes a great deal of sense for Texas. However, Rodon has more long-term upside than deGrom and Verlander.