If you are a Tampa Bay Buccaneers fan and had thoughts of purchasing tickets for the entire 2022 home schedule, be prepared to buy the home games for 2023 too.

When Tom Brady reneged on his decision to retire last week, the executives for the Bucs must have heard the sound of cash registers in their ears. Instead of being a team that would have to rebuild with a young quarterback or a journeyman signal-caller, they instantly became a title contender once again and had one of the most popular players in NFL history back on the roster.

Being fully aware that the superstar QB, who will turn 45 this summer, could very well make his retirement permanent next year the team has decided to maximize the money-making potential of their season tickets with a request for those looking to be first-time season ticket holders. 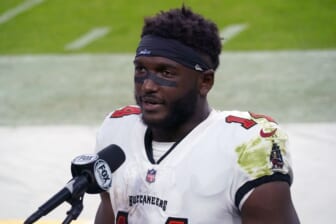 On Saturday, Tampa Bay Times writer Rick Stroud reported the news that the franchise will require new season ticket purchasers to also buy the full home schedule for the 2023 season as well.

“Bucs are requiring a two-year commitment for new season pass members. Smart if you think Tom Brady may play one more season. Also must have FL driver’s to purchase tix in lower bowl,” Stroud tweeted.

While it certainly does not seem fair and is a tough ask in an economy dealing with inflation and a notable income gap, it’s a capitalist society and the team is within their rights to make such a request from their supporters. And fans are also able to tell the Bucs “thanks, but no thanks.”

Furthermore, for those that wondered if Brady may end up playing until he is 50, the team’s decision is a clear indication that they don’t expect him to be running the offense beyond this upcoming season.