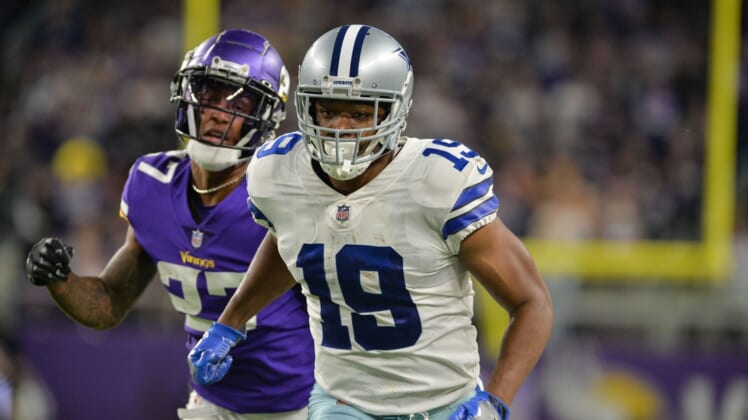 Dallas Cowboys wide receiver Amari Cooper still has symptoms from his bout with COVID-19 and could miss his third game as the Cowboys continue to deal with an outbreak that added a 13th person to protocols Tuesday.

Cornerback Nahshon Wright tested positive for COVID-19 and won’t play in Thursday night’s game at New Orleans. He becomes the sixth player in the COVID protocols, joining Cooper and right tackle Terence Steele as active-roster players on the list. A practice squad player and two others already on reserve lists are also in COVID protocols. Wright has played 72 percent of the team’s special teams snaps.

Cowboys coach Mike McCarthy, who also tested positive and won’t be on the sidelines against the Saints, said Cooper was back in the building Tuesday but “still not feeling the best.”

“My gut would be if he doesn’t practice (Wednesday), I don’t see him going to the game,” McCarthy said.

However, Cowboys owner Jerry Jones told 105.3 The Fan that “we’re fully expecting (Cooper) to be ready by game time.”

Cooper has 44 receptions for 583 yards and five touchdowns in nine games this season. In 50 games with the Cowboys, Cooper has 268 catches for 3,611 yards and 24 touchdowns. Cooper missed the past two games after testing positive for COVID-19. He is unvaccinated.

Jones also told the show that his team is now at 100 percent for players either vaccinated or “having gotten the COVID.” 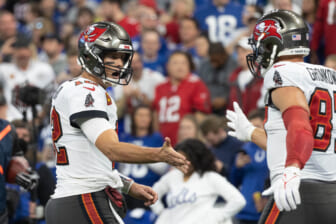 Defensive coordinator Dan Quinn will be acting head coach for McCarthy against the Saints while also running the defense from the sideline.

McCarthy said he was set to get his COVID booster shot this Friday before testing positive Monday.

Also, McCarthy said defensive lineman Trysten Hill is appealing his two-game suspension with a hearing scheduled for Tuesday afternoon. The league suspended Hill two games Monday for throwing a punch at the end of the Cowboys’ Thanksgiving Day game against the Las Vegas Raiders.

“If the appeal process gives him the opportunity to play Thursday, then I anticipate he will play in the game,” McCarthy said.