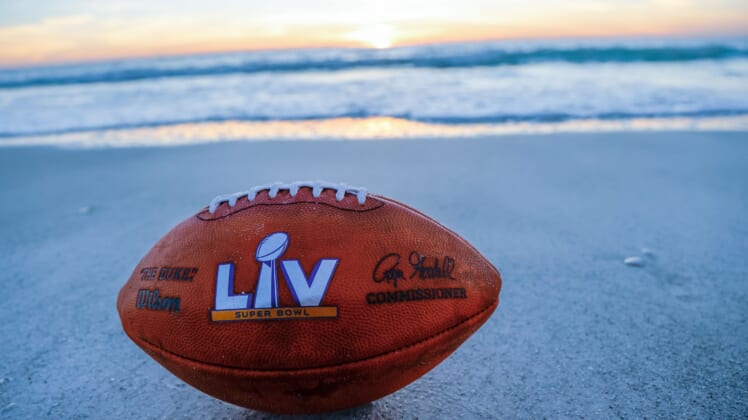 Super Bowl LV between the Tampa Bay Buccaneers and Kansas City Chiefs is about to kickoff. It’s going to be a strange scene at Raymond James Stadium in Tampa with only 25,000 fans in attendance due to the COVID-19 pandemic.

As every president has done before him over the past couple decades, Joe Biden gave a pregame interview on the station broadcasting the big game. The conversation with CBS News’ Norah O’Donnell quickly turned to the pandemic and when the sports world might be able to return to normalcy.

“It’s my hope and expectation, if we’re able to put together and make up for all the lost time fighting COVID that’s occurred, we’ll be able to watch the Super Bowl with a full stadium,” Biden said.

It’s pretty interesting in that the last major sporting event pre-COVID was last year’s Super Bowl between the Chiefs and San Francisco 49ers. Boy, how things have changed since then. The fact that 25,000 fans are going to be in attendance is pretty mazing in and of itself given the current trajectory of the virus in the United States.

In order for Super Bowl LVI to be played in front of a full capacity next February, the vaccine roll out around the United States will have to increase big time in the coming weeks and months. Currently, there’s an average of 1.3 million doses being administered on a daily basis.

There’s a plan in place to increase that number in the coming weeks. That also includes the NFL offering up all of its stadiums for mass vaccine events. If the league and the current administration can work together in this regard, it’s only going to help everyone involved.

Super Bowl LVI is set to be played February 6, 2022, at SoFi Stadium in Inglewood, California.