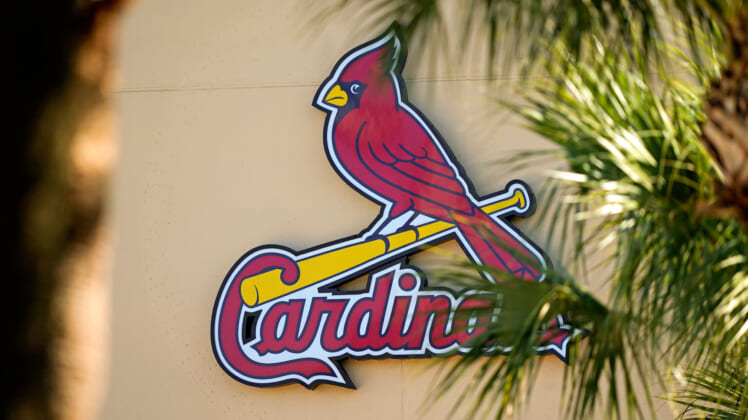 The St. Louis Cardinals find themselves in the MLB postseason race in the middle of July, reaching this point in spite of glaring weaknesses on the roster. Based on the latest MLB trade rumors, it’s going to be an active few weeks in St. Louis.

Paul Goldschmidt and Nolan Arenado are largely responsible for where the Cardinals land right now in the MLB standings. Without two of the best players in baseball, St. Louis would likely be in dire straights due to a combination of injuries and some underwhelming pitching.

The Cardinals’ rotation should be the biggest focal point as the front office looks for ways to improve the team. Jack Flaherty isn’t returning anytime soon, Steven Matz struggled before landing on the injured list and neither Andrew Pallante nor Dakota Hudson could be trusted to start in October.

While pitching is the focus, St. Louis could also look to improve its run production. Since June 19, the Cardinals rank 26th in runs scored (73) and OPS (.673) along with being 22nd in wRC+ (92). If you remove Goldschmidt and Arenado, those numbers look even worse.

The St. Louis Cardinals simply can’t take the approach we saw in 2021. Adding this year’s versions of Jon Lester and J.A. Happ won’t address the true issues that exist. St. Louis lacks front-line pitching it can rely on in a postseason series. If the right starter isn’t added, you can forget about the Cardinals making a run in October and fans should rightfully be angry.

It comes down to Frankie Montas vs Luis Castillo. While Castillo is likely the better pitcher, it also feels unlikely the Cincinnati Reds would trade their All-Starm arm within the division. If Castillo was a half-season rental, maybe, but the only way St. Louis lands him is through a massive overpay.

The Oakland A’s don’t seem too concerned about the shoulder irritation that sidelined Montas for a week. Before any trade is made, the Cardinals’ medical staff can review his MRI results and make their own decision. Ultimately, this is a gamble worth taking.

Instead of adding a middle-of-the-order bat to the lineup in St. Louis, our priority is versatility. We mentioned that Cincinnati is unlikely to trade its best player within the division. That wouldn’t be a concern with Drury, given he’s a pending free agent this offseason.

This is truly a breakout season for the 29-year-old. He entered play on July 12 with a .277/.333/.540 slash line, posting a 136 wRC+ that would rank third on the team. Drury’s right-handed bat and his ability to deliver in clutch moments (.282 BA in high-leverage situations, .740 OPS with men in scoring position) would also be welcome additions.

Drury is also highlighted on our list for his versatility. The 29-year-old has played first base (21.2 innings), second (132.1 innings) and third (368.2 innings) this season in Cincinnati. He is also at least capable of appearing in the outfield in a pinch. That’s a nice weapon for a playoff contender to have.

As mentioned above, the organization does have a history of landing pitchers who could be perceived as coming out of the bargain bin. While the Kansas City Royals would certainly want something worthwhile for Brad Keller, he could be an intriguing option for St. Louis even if it acquires Montas.

Under team control through 2023, Keller certainly fits the mold as a pitcher who relies on the defense behind him. Across 97.2 innings this season, he has a 51.6% groundball rate and a tolerable 1.01 HR/9 with a .275 batting average on balls in play.

Keller rarely misses batts (11% Whiff rate and strikeout rate), but he consistently produces weak contact off the bat. There is also a belief he could function nicely out of the bullpen with a greater two-pitch mix thanks to a slider generating a .207/.251/.307 slash line and a four-seam fastball with a .244/.252/.389 line. He’s a better and more reliable version of Zack Thompson, with some upside and versatility.

As the All-Star Break arrives, the Cardinals’ front office might feel fairly optimistic regarding its bullpen. Jordan Hicks is healthy and serving in his natural role, helping this club rank 10th in bullpen ERA. However, there is room to make an addition.

While the St. Louis bullpen features three southpaws (Packy Naughton, T.J. McFarland and Génesis Cabrera), it’s not enough. McFarland (6.99 ERA) can’t solve his problems and Cabrera’s .195 BABIP suggests his 2.65 ERA is a matter of luck. Enter Chafin, who is striking out 30.3% of batters faced this season and holding opponents to a .180 batting average. Under team control through 2024, he’d be a strong late-inning piece for the Cardinals.