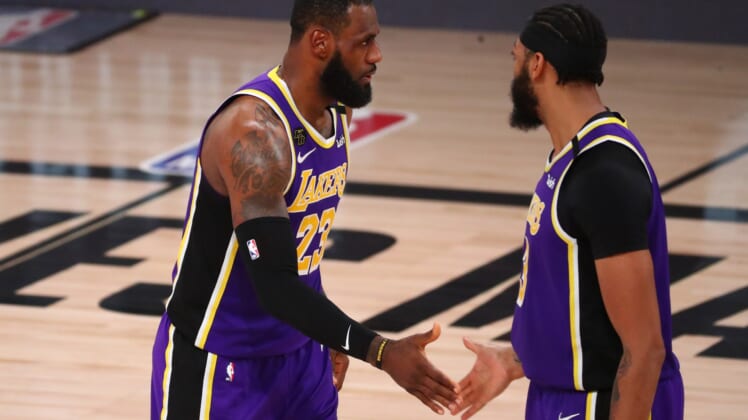 The 2020 calendar year will go down as one of the most devastating in the history of the Los Angeles Lakers. It started with the tragic death of the legendary Kobe Bryant in a helicopter accident back on Jan. 26.

As Los Angeles and the greater sports world was reeling from this tragic accident, the 2019-20 NBA season would ultimately be suspended less than two months later due to the COVID-19 pandemic.

Through it all, LeBron James and his Lakers kept their eye on the prize. And once the season resumed at Walt Disney World in Orlando, Los Angeles was seen as one of the top favorites to win the NBA title.

Despite some major drama surrounding teams boycotting games and other issues in Florida, the Lakers stayed focus. It culminated in a 117-107 win over the Denver Nuggets in Game 5 of the Western Conference Finals Saturday evening to send the Lakers to their first NBA Finals in a decade. James dropped 38 points, grabbed 16 rebounds and dished out 10 assists in a virtuoso performance.

There’s something magical about this. Ten years ago, Bryant led his Lakers to their last championship by defeating the Boston Celtics in the 2010 NBA Finals. Depending on how their series concludes against the Miami Heat back east, there’s a chance that the Celtics and Lakers could do battle once again.

Obviously, the sports world had its reactions to Los Angeles coming away with the Western Conference title.