Sonny Jurgensen’s No. 9 jersey to finally be retired by the Washington Commanders 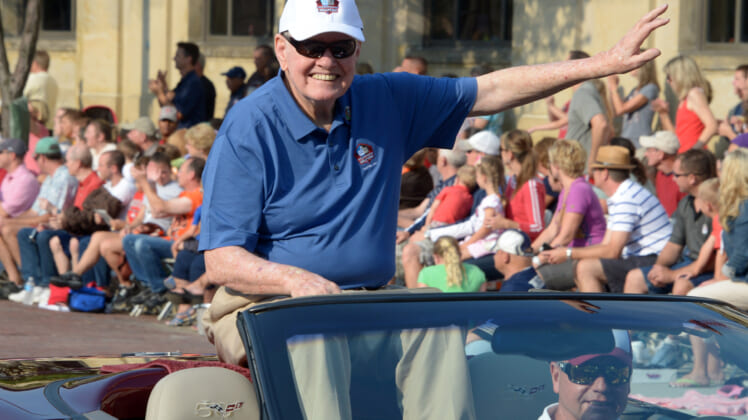 There’s only been three players in the history of the Washington Commanders who have had their jersey retired. All-time great Sonny Jurgensen will be the fourth once Week 18 against the division-rival Dallas Cowboys comes calling.

To say that this has been a long time coming would be an understatement. Sonny Jurgensen was inducted into the Pro Football Hall of Fame all the way back in 1983. Despite this, the Commanders’ organization had pushed back against honoring him. That has now changed. He becomes the fourth member of the franchise to have his jersey retired, joining a list that includes Sammy Baugh, Bobby Mitchell and Sean Taylor.

An original fourth-round pick of the Philadelphia Eagles, Jurgensen was traded to Washington ahead of the 1964 season. He spent the final 11 seasons of his career with the organization, earning four Pro Bowl appearances in the process.

A star at Duke during his college days, Jurgensen led the NFL in completions four times, pass attempts three times and passing yards five times. Back in 1967 with Washington, he threw a league-high 31 touchdowns. It’s the last time a Washington quarterback threw 30 touchdowns or more in a single season.

Despite his personal success, Washington did not post a winning record with Jurgensen at the helm until 1969 when the legendary Vince Lombardi made his way to the nation’s capital. Even then, he remains a franchise icon.

Following his retirement, Jurgensen served as Washington’s analyst on the radio from 1981-2019. He’s been a member of the organization for well over a half-century, and is pleased to finally get the call on his 88th birthday.

“I am very humbled by this recognition, it is an honor of a lifetime to have my jersey retired with a franchise I spent 55 years of my life with,” Sonny Jurgensen said in a statement. “Thank you to Dan and Tanya for this honor and for supporting me and my family during our time in Washington. From hanging up my cleats to hanging up my clipboard and headset a few decades later, my time spent in Washington meant the world to me.”