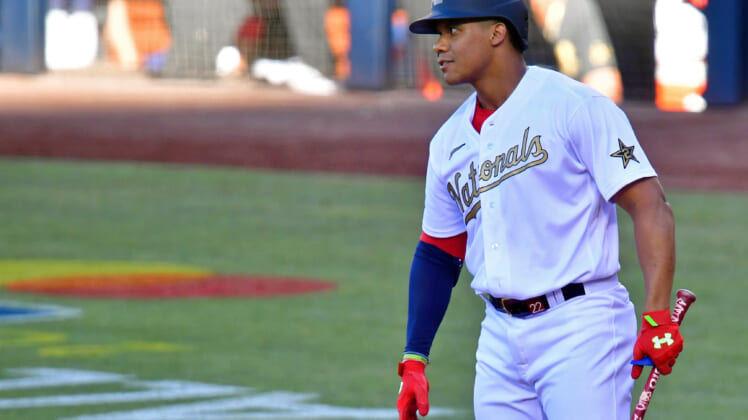 It looks like the Juan Soto trade market won’t be a competition between the richest teams in MLB, and several small or mid-market teams could be serious players for the All-Star.

The news that superstar outfielder Juan Soto would be up for grabs ahead of the Aug. 2 MLB trade deadline sent shockwaves through the sport. For weeks, players like Luis Castillo and Willson Contreras were viewed as the biggest names that could be moved to a contending team. However, with Soto available, it has changed how many teams will approach the deadline.

Since the 23-year-old reportedly turned down a massive 15-year, $440 million offer from the Washington Nationals, the speculation has been that big market teams like the New York Yankees, Los Angeles Dodgers, and New York Mets would be the front runners to secure a trade for Soto. Since they have the money to retain him long-term. But it seems that the Juan Soto trade sweepstakes will not be just for the organizations with deep pockets.

On Friday, The Athletic’s MLB insider Jim Bowden reported that there are several small market clubs who would mortgage their future just to have Soto for two and a half seasons at a discount arbitration rate.

If the race for Juan Soto won’t be led by the richest organizations, which clubs with moderate payrolls and strong farm systems could make a serious play for the two-time All-Star? Let’s take a look at the three best options.

The San Diego Padres are unlikely to give Soto the $500 million deal he and his agent Scott Boras are rumored to be looking for. Especially since they are already paying Manny Machado big bucks and will soon have to give Fernando Tatis, Jr. a well-deserved long-term pay raise. However, team President AJ Preller has gained a rep as a legitimate mover and shaker and can not be counted out in this situation.

Right now might be the team’s best chance to run the risk on Soto short-term and make a serious title run for two and a half seasons. Plus, they have several notable top-level prospects like MacKenzie Gore, CJ Abrams, and Victor Lizarraga that could very much entice the Nationals.

While the Tampa Bay Rays have built a reputation on building their own stars, they are also a team often a move or two away from contention. As the squad leading the Wild Card race currently, they are in that position again. Getting Soto would be that one move that could make them a World Series threat in 2022.

Furthermore, the Rays’ farm system is packed full of elite prospects — what a shocker right? — and they have the assets to instantly improve the Nationals’ putrid system. The question is, are they willing to do it for a two-and-a-half-season rental? They likely are because they know how to quickly rebuild that system. 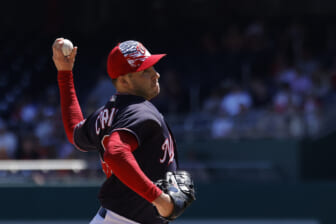 The St. Louis Cardinals have proven time and again that they are unafraid to swing a big trade for an established star when they believe it is worth it and could push them over the top. The team is currently on the hunt for the two NL Wild Card spots and has major league and minor league assets to offer an appealing return for Washington. The Cardinals are likely the dark horse but a team that may jump in and surprise the sport as things come down to the wire on Aug. 2.