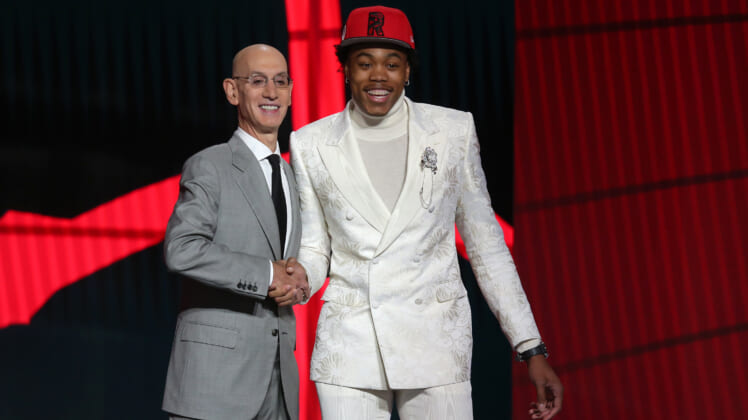 The Toronto Raptors seemed to be locked in on Jalen Suggs with the fourth pick in the 2021 NBA Draft. Until they weren’t. Instead, Toronto nabbed former Florida State star Scottie Barnes.

It was an absolutely stunning move given that Suggs was seen as a consensus top-four prospect with the likes of Cade Cunningham, Jalen Green and Evan Mobley.

While there was some talk that Barnes might be a surprise pick of the Raptors, pretty much everyone had Suggs as a higher-rated prospect.

The 6-foot-9 wing averaged 10.3 points, 4.0 rebounds and 4.1 assists on 50% shooting from the field for Florida State as a freshman last season. However, he started just seven of 24 games.

Seen as a two-way player, this move from the Toronto Raptors could also lead to star forward Pascal Siakam being dealt. There doesn’t seem to be room on Toronto’s roster for both Barnes and Siakam at this point. Regardless, people were downright floored by the first real surprise of the 2021 NBA Draft.

Toronto Raptors shock everyone by taking Scottie Barnes at four