San Francisco 49ers have ‘no clear trade partner’ for Jimmy Garoppolo, could wait until Aug. 31 to release him

The San Francisco 49ers reportedly have no clear path forward in a possible trade for veteran quarterback Jimmy Garopollo, however, the organization is not expected to release him until they’ve exhausted all options before rosters must be finalized at the end of the month.

The 49ers have put themselves in a difficult situation to start their 2022 campaign. Despite reaching the NFC championship with Garopollo at the offensive helm last season, the organization has decided to transition to a new era with 2021 first-round pick Trey Lance as their starting QB.

While Garopollo would certainly be an upgrade for several teams’ current signal caller situation, his hefty $24.2 million salary for this season has proven difficult to offload this year due to teams having limited cap space. On Monday, NFL Network insider Ian Rapoport explained the latest and the frustrating predicament San Francisco currently finds itself in.

The question then is how long will the 49ers hold on to Garoppolo in the hopes of finally landing a return for the eight-year veteran? Rapoport claims the team will wait until the very last minute when teams need to finalize their regular season rosters on Aug. 31. 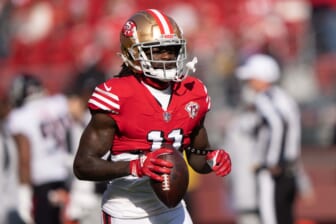 The 49ers begin their preseason schedule on Aug. 12 versus the Green Bay Packers.