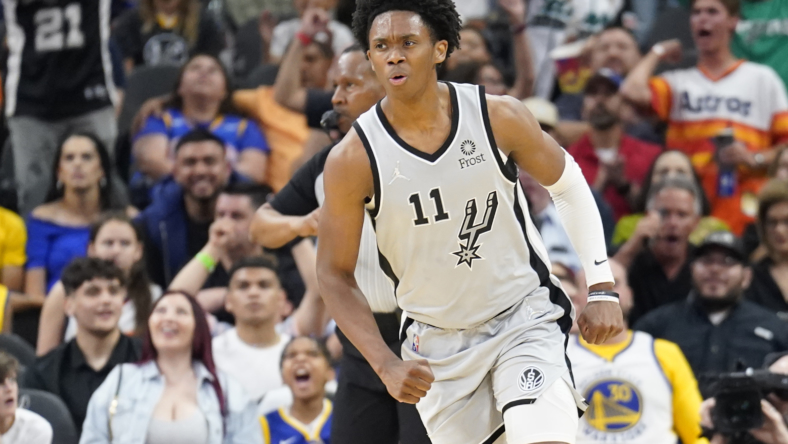 Recently released San Antonio Spurs talent Joshua Primo is not only being sued by a woman accusing him of sexual misconduct, but he is now also under investigation by local authorities.

On Friday night, ESPN reported that officials from the Bexar County Police Department had officially opened up an investigation into allegations made by Dr. Hillary Cauthen, a former therapist for the San Antonio Spurs organization.

In a lawsuit Cauthen filed against the team and Primo earlier this week, she claims the 12th overall pick in last year’s NBA draft exposed his genitals nine different times during multiple counseling sessions over the last year.

The Bexar County Sheriff’s Office informed the Associated Press that they were in contact with Cauthen and a “preliminary investigation” into her accusations had begun.

At the end of October, the team shockingly released the 19-year-old prospect after just 54 games played for the organization. Little information was revealed on the surprise decision that came just two weeks after exercising his third-year option.

In the lawsuit levied by the team’s former performance psychologist, she claims Primo’s sexual misconduct began almost a year ago, but that the organization did nothing to address her complaints.

Cauthen claims that after the first incident in December of 2021, she called for a meeting with general manager Brian Wright in January. However, the conversation was postponed until March, and she was obligated to counsel Primo several more times. She alleges her role with the organization was eventually diminished before the team decided not to renew her contract in August. 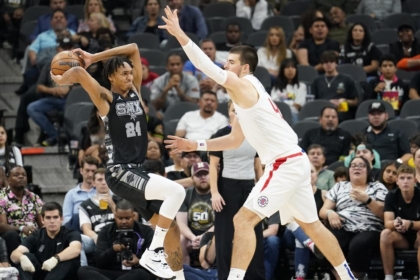 When asked about the scandal on Friday, San Antonio Spurs head coach Gregg Popovich defended the allegations against the organization.

“I would only add that anybody that has observed the Spurs over a very long period of time knows that an accusation like this would be taken very seriously, without any doubt whatsoever. No equivocation, the Spurs organization would be on top of it.

“I am absolutely confident that the men and women on the managerial staff that dealt with and are dealing with this did so purposefully, efficiently, promptly, and did it with the utmost care for everybody concerned, the accuser, the accused, the people in the organization, to make sure that everybody still felt comfortable and safe. I’ll just leave my comments at that.”

The San Antonio Spurs have gotten off to a solid start in 2022, and head into their Saturday matchup against the Denver Nuggets with a 5-4 record.