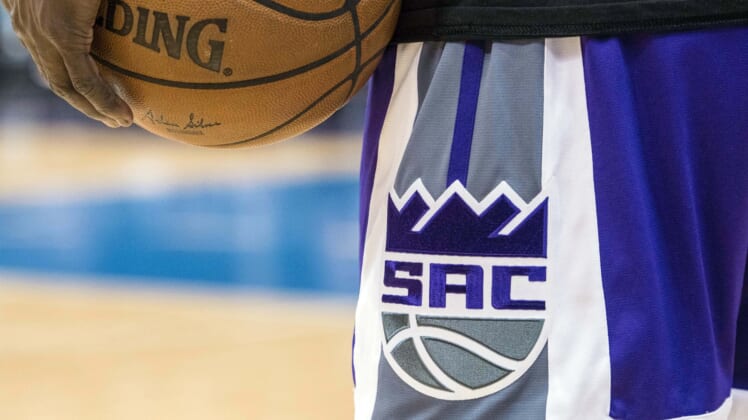 Dec 7, 2016; Dallas, TX, USA; A view of the Sacramento Kings logo and basketball before the game between the Dallas Mavericks and the Kings at the American Airlines Center. Mandatory Credit: Jerome Miron-USA TODAY Sports

The Sacramento Kings have been hindered by bad fortune and terrible decision-making for years, leading to one of the longest active playoff droughts in professional sports. While the COVID-19 pandemic took a toll on every pro sport and team, the scale of the damage seems to be known in Sacramento.

Everything changed on March 11, 2020. While the Kings were 28-36 at the time, the team was making up ground in the Western Conference. With De’Aaron Fox healthy and the roster starting to gel, there was optimism that things would improve. Then, Utah Jazz center Rudy Gobert tested positive for COVID-19 and the NBA suspended operations.

The pandemic and the league’s decision to suspend its 2019-’20 season will have ripple effects for years to come. While play eventually resumed with the Orlando bubble, which included the Kings, home games were lost and the team’s primary sources of revenue evaporated.

Now, we have an idea of just how much the Kings might have lost financially due to the COVID-19 pandemic.

According to The Athletic’s Sam Amick and Jason Jones, the Kings lost approximately $100 million over the last year due to the coronavirus pandemic.

The financial losses can be attributed to a variety of factors, both tied to basketball and business operations. A significant chunk of the economic blow can be attributed to properties that surround the Golden 1 Center. The Kimpton Sawyer Hotel, which the team owns, saw a steep drop in guests due to an unprecedented lack of traveling amid the pandemic. Likewise, restaurants the team is partnered with also suffered major losses.

Of course, those weren’t the only costly effects felt. When the remainder of the NBA regular season was canceled, the Kings offered full refunds to fans for the remainder of home games on the schedule. That decision also cost the organization millions of dollars.

Sacramento Kings rumors: This is how a Harrison Barnes trade to the Boston Celtics might look

Due to the fallout, team owner Vivek Ranadivé reportedly had a cash call with minority owners in May 2020 to ask for significantly more funding to cover the losses. When many of the smaller stakeholders couldn’t come up with the money, Ranadivê covered the difference needed to help the organization stay on track.

Financial issues are nothing new for the Kings. As ESPN wrote in 2019, former NBA executive Jeff David stole $13 million from the team in a siphoning scheme. It’s also worth mentioning this organization was still paying owed salaries for multiple fired coaches, including Michael Malone and Tyrone Corbin.

All of this is important to consider looking ahead to the remainder of the season. Harrison Barnes is one of the biggest names mentioned ahead of the NBA trade deadline. While he is beloved in the locker room and is the team’s third-best player, he is under contract for $60.8 million over the next two and a half seasons. Buddy Hield, another candidate to be traded, just entered the first season of a four-year, $94 million contract.

The Kings might be headed in the right direction under general manager Monte McNair, but this team also needs a bit of a rebuild. Given McNair’s vision for building around Fox and having financial flexibility, don’t be surprised if the Kings trade away a lot of key players before the NBA trade deadline and next offseason.

For more news and analysis on the Sacramento Kings, check out below.