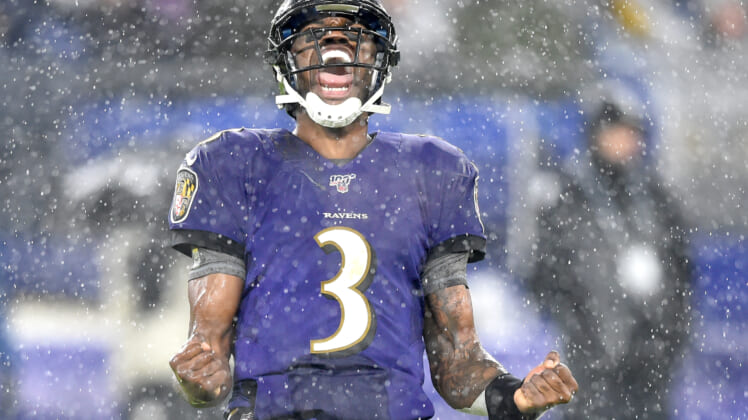 Back in 2012, Robert Griffin III seemed poised to become an all-time great. Few players before him displayed the ability to be just as dangerous with his right arm as he was with his feet. Being able to limit his mistakes to just five interceptions as a rookie, RGIII helped lead his Washington team to the playoffs.

He ended up winning the AP Offensive Rookie of the Year award for his effort which included 3,200 passing yards and a TD to INT ratio of 20:5. Griffin also added 815 yards on the ground to go with seven rushing touchdowns. It was quite the show for a first-year player out of Baylor.

Unfortunately it was a short run of success for RG3 as he suffered an injury to his LCL in Week 14. Griffin sat out one week before returning in Week 16. Two weeks later, Griffin suffered another injury to his knee, this one being much more serious, suffering damage to his ACL while re-injuring his LCL.

Griffin had surgery as soon as he was able to, but his athletic abilities hampered his performance, with him no longer able to cut and juke as well as he used to. This inevitably impacted how defenses game planned against the one-time Pro Bowl quarterback, leading to more struggles through the air.

He would only start 20 more games for Washington before being released in March of 2016, four years after the team moved up to the second overall pick to select Griffin.

While Griffin received another chance, signing with the Cleveland Browns, starting five games, which was one of his last chances to be a starter. Those games didn’t go well either, with RGIII ending with a 59.2% completion rate.

It took him two more years to see game action, with the Baltimore Ravens, and Griffin ended up playing in 14 games from 2018-20, starting two of them, but he is once again a free agent having sat out all of last season. It was the third year of his career in which Griffin didn’t see a single snap on the field.

RGIII still aiming to play in 2022

While lately, Griffin can be seen and heard on ESPN as a college football and NFL analyst, he has also stated a desire to get back on the playing field, which his employers are aware of and fully support.

Still, just 32, Griffin hasn’t given up hope for his football career just yet and was recently seen running a blistering 4.48 40-yard dash at Rich Eisen’s annual “Run Rich Run” charity event. In fact, his performance was so impressive, it generated a few phone calls from those with at least some level of interest in signing the 2011 Heisman Trophy winner.

Yet, if it was up to Griffin, he actually has a preferred landing spot for which team he’d like to sign with, if given a chance.

“I’ve been reached out to from a plethora of teams,” Griffin said. “Going back home to Texas with the Dallas Cowboys, I know a lot of Washington fans don’t want to hear that, but that would be a great situation for me.

Robert Griffin III on interest of signing with Dallas Cowboys (H/t to Timm Hamm of SI.com)

While the Cowboys may not have much current cap space ($13M), they would appear to be a perfect fit for a player like Griffin. He would likely be happy to sign for the veteran minimum, as he just wants another chance to show what he can do.

With Cooper Rush, Will Grier, Ben DiNucci on the depth chart behind Dak Prescott, it wouldn’t hurt to have another QB who has the potential to play at a high level, even if it’s just for short spurts. Griffin, having been a team leader before, likely has all the ability to become a top backup for several teams, why not for the Cowboys?